The 19-year old striker’s rise continues as he made his debut for FC Pune City against Delhi Dynamos. 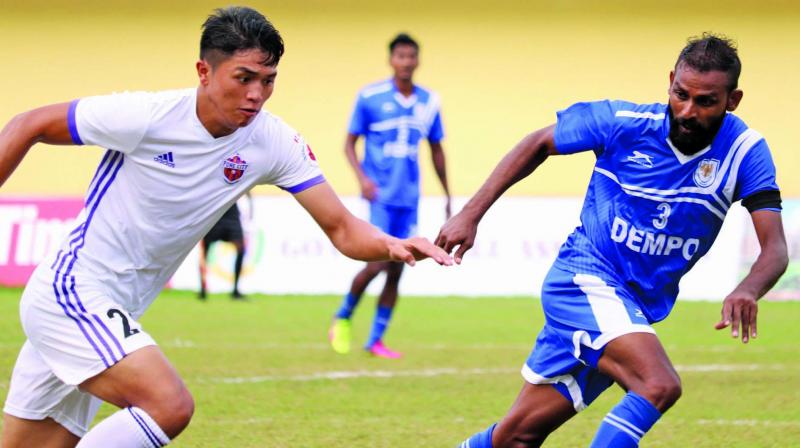 In a pre-season game between Chanmari and Pune, the scouts of the latter spotted Jakob and then came the move.

It was not too long ago when he was engrossed with the daily activities of his father in Hnahthial, Mizoram. It is a place where Jeje Lalpekhlua comes from and there is another prodigal son from the same town. Jakob Vanlalhlimpuia the second child of a tailor in the small hamlet with a population of about 7000, was not playing football until 2015. The 19-year old striker’s rise continues as he made his debut for FC Pune City against Delhi Dynamos in a 1-1 draw last week on October 3.

It is a relatively new journey for the shy (not in front of the goal) striker/winger. The Subroto Cup in 2015 came as a chance for Jakob to turn his fortunes. He then only played football because, in Hnahthial, there are no other sports known to the general population. And luckily, he was selected to play for the Mizoram Under-17 team in that competition. It was the year that changed his life. The scouts consider the performances in the Subroto Cup highly and Jakob’s feat was what they were looking for.

The same year, he was called to Goa by the All India Football Federation (AIFF) for a training camp with the national team. Things were happening so fast for the teenage Jakob who only wanted to be with is family, but had a bright future waiting for him. “It was a huge sacrifice that I made then,” he says in a nervous tone since he is giving an interview for the first time.

I-league club Shillong Lajong FC did not waste time to induct the lad from the neighbouring state into their youth academy. The eventful year ended on that note for Jakob and that was when reality struck. His reality was a professional footballer and there was not going back. “At first, I was homesick. It was something that I wanted but I had never played for a professional club,” he recalls.

As time went by he was developing himself into a lethal striker and in 2017, he joined Chanmari FC. The Aizawl based club, in the same year, entered a partnership with FC Pune City. The alliance benefits both entities with Pune getting a supply of youth talent and Chanmari gets coaches and training equipment.

In a pre-season game between Chanmari and Pune, the scouts of the latter spotted Jakob and then came the move. He finally left his comfort zone after his signing with Pune. “I was scoring a lot of goals for Chanmari and in one of the games against Pune, they saw me and later offered me a move,” he narrates.

The rapid ascension is still not over. The gaffer, Miguel Angel Portugal was in awe after seeing the youngster in the pre-season where he also scored against Dempo SC. He has moved Jakob to the right wing since there is an abundance of strikers in the club. “I don’t mind playing on the wing but my preferred position will remain as a striker. I will do as the coach says.”

The last four-five years have been quite a roller coaster ride for the youngster. If he continues to impress the boss for enough game time, he can emulate the second lad from Hnahthial in the Indian team after Jeje.