The 28-year-old is expected to leave Chelsea at the end of the season after seven years at Stamford Bridge. 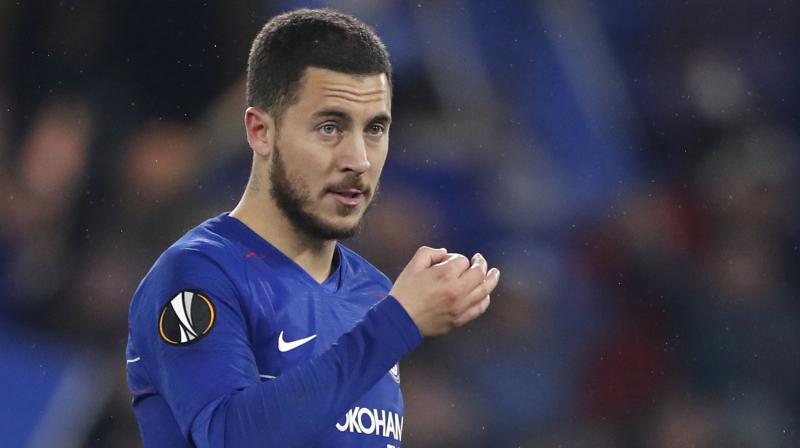 Eden Hazard says he will do everything in his power to help Chelsea win the Europa League later this month in what might be his final game for the Premier League club.

The skilful Belgian playmaker converted the decisive spot-kick in the 4-3 shootout win over Eintracht Frankfurt on Thursday that sent Chelsea into the final against fellow London club Arsenal in Baku on May 29.

The 28-year-old is expected to leave Chelsea at the end of the season after seven years at Stamford Bridge, with British media linking him with a move to Real Madrid.

“If it’s my last game I will try to do everything for this club to win a trophy,” Hazard told BT Sport.

“In my mind I don’t know yet, I don’t think about that. I’m only thinking about winning something for this club and this squad.

“We played a great game but the semi-final is not so easy. We are happy and we will go to Baku to try to win the trophy.”

With Chelsea playing away at Leicester City on the final day of the league season, the penalty could be Hazard’s last kick of a ball at Stamford Bridge but he knows there remains a big job to do in Azerbaijan.

“I always take my responsibility when I have to,” said Hazard, who has 19 goals this season.

“Today we are happy but it’s not finished. We have another game to play against Arsenal. We need to go there and play with quality and win the game.”