The hacking group took over the AIFF website, posting a provocative message to India, about Kulbhushan Jadhav. 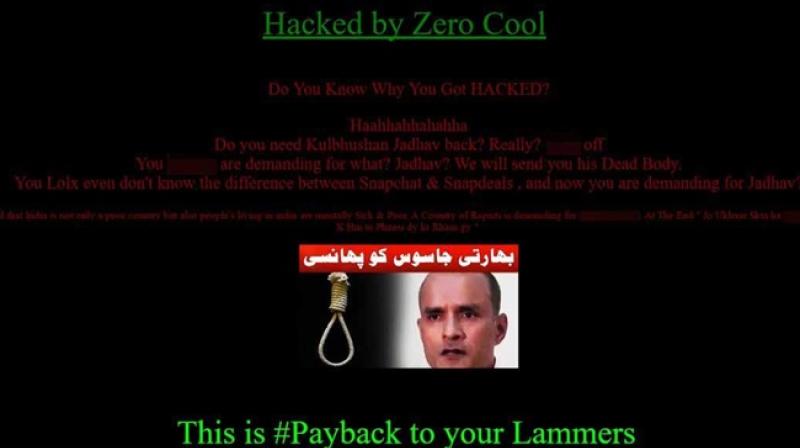 The AIFF, in a tweet, apologised for the "inconvenience", calling the hacking incident a technical glitch. (Photo: Screengrab)

The group hacked the website and posted a message provoking India over Kulbhushan Jadhav, an alleged Indian spy booked for espionage and sabotage activities against Pakistan. Jadhav was awarded death sentence by the country.

The hackers posted messages against the India and its demand for the release of Kulbhushan Jadhav.

The message read "We will send you his Dead Body" with the post ending with “This is #Payback to your Lammers”.

The AIFF had not released a statement on Tuesday but tweeted saying: “Sorry for the inconveniences faced by you due to a technical glitch on the-aiff.com.”

Jadhav was arrested in March last year in the restive Balochistan province and was accused of being a Research and Analysis Wing (RAW) agent.

However, in a major relief to India, the International Court of Justice (ICJ) has put a stay on the execution after an appeal by India, which accused Pakistan of "egregious violations of the Vienna Convention" and sought a stay on Jadhav's death sentence.