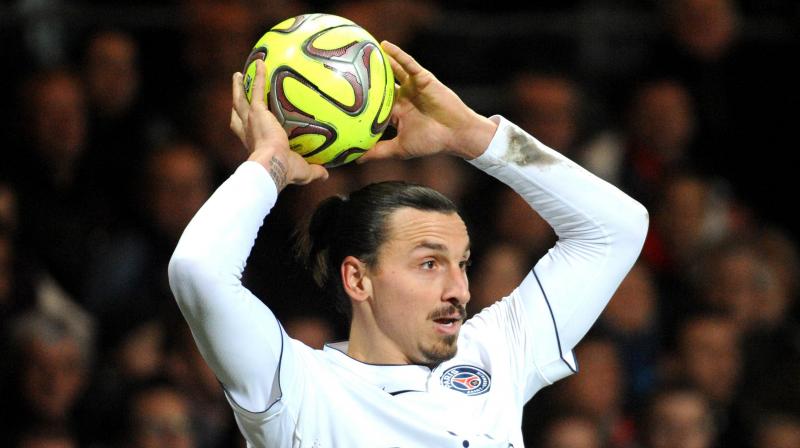 Stockholm: AC Milan striker Zlatan Ibrahimovic's return to training in Sweden with Hammarby, the club he part owns, as the coronavirus pandemic continues to lockdown Italy, has fuelled speculation regarding his future.

Italian newspaper Gazzetta dello Sport reported the 38-year-old Ibrahimovic will choose against renewing his Milan deal which finishes at the end of the season.

The Swedish outfit's president Richard Von Yxkull said the decision was in the hands of the attacker who played 116 times for his country before retiring from international duty in 2016.

"It's about knowing how Zlatan sees his future and what he wants to do," Von Yxkull told newspaper Dagens Nyheter.

Earlier in April the Spanish, Italian, French and Dutch league winner said he wanted to stay in the game after retiring.

"I want to learn something new about football, with a different angle. I will contribute from the sidelines, not on the pitch," he told newspaper Svenska Dagbladet.

Ibrahimovic's last Milan appearance was the loss to Genoa on March 8.

All football in Italy has been suspended due to the coronavirus which has claimed the lives of nearly 18,000 people in the country.

Measures to fight the outbreak in Sweden are lighter which have allowed Ibrahimovic to train with Stockholm's Hammarby, a side which he bought a 25-percent share in last November.

Ibrahimovic started his career with hometown club Malmo before trophy-laden spells with some of the world's biggest outfits including Juventus, Barcelona and Paris Saint-Germain before re-joining Milan in January.