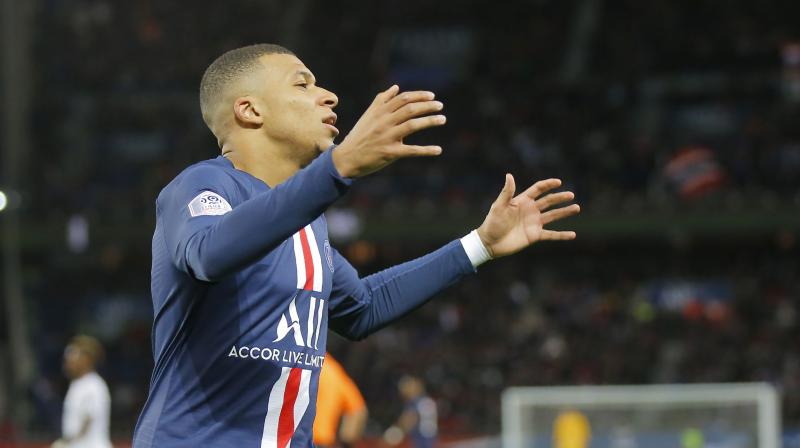 PSG's Kylian Mbappe reacts after missing a scoring chance during a French League One match in the current season. AP Photo

Saint-Germain-en-Laye: Paris Saint-Germain are sweating on the fitness of star striker Kylian Mbappe who has picked up a throat infection ahead of Wednesday's Champions League last-16 return-leg against Dortmund.

The French World Cup star missed team training Monday and Tuesday and was reported to have a sore throat, with his club needing to overturn a 2-1 deficit from their first leg defeat in Germany two weeks ago.

PSG lost 2-1 to an Erling Haaland-inspired Dortmund before a crowd of 80,000 in Germany last month, with the return-leg to be played in an empty Parc des Prices stadium due to the coronavirus.