Barcelona to host Napoli in empty stadium because of virus 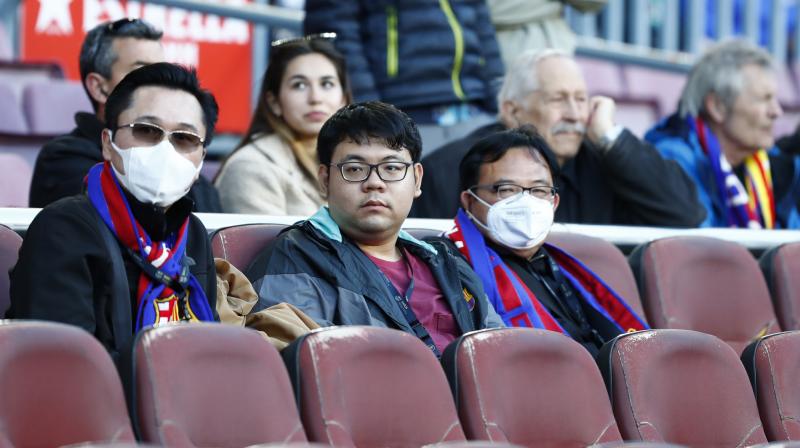 Madrid: Barcelona's Champions League round of 16 return match against Napoli scheduled for March 18 has been ordered to be played behind closed doors because of the coronavirus outbreak, both clubs announced Tuesday.

"The Champions League match between FC Barcelona and Napoli,will be played at Camp Nou behind closed doors," the Spanish giants said on Twitter.

Two other Champions League matches -- Tuesday's tie between Valencia and Atalanta in Spain, and Wednesday's Paris Saint-Germain v Atletico Madrid match -- are scheduled to be played in empty stadiums in efforts to curb the spread of the killer virus.

PSG's match at the Parc des Princes was forced behind closed doors after the French government announced a ban on all gatherings of more than 1,000 people in a country where 1,412 cases of COVID-19 infections have been recorded and 25 deaths.

The announcement was closely followed by the postponement of the Six Nations rugby match between France and Ireland scheduled for Saturday in Paris.