Ronaldo lambasts media campaign against him 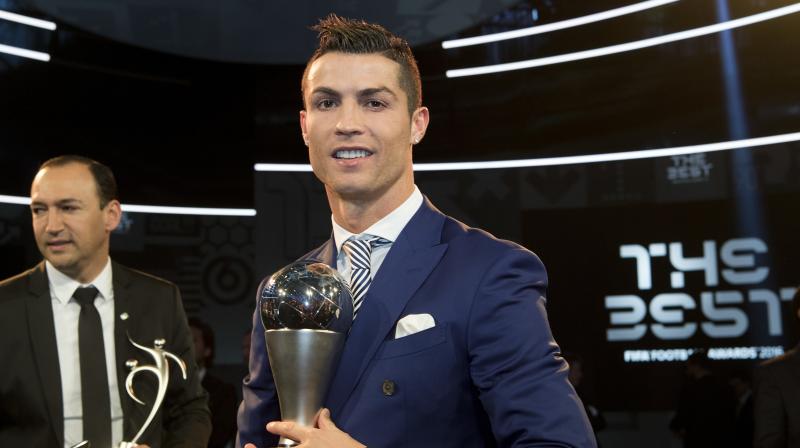 Ronaldo claimed he had to overcome media campaigns to win the award. (Photo: AP)

Madrid: Real Madrid superstar Cristiano Ronaldo claimed he had to overcome media "campaigns" against him to win FIFA's inaugural "The Best" prize for the world's best player in 2016.

Ronaldo lifted the award at a star-studded ceremony in Zurich on Monday after a glittering year on the pitch saw him lead Madrid to Champions League glory and captain Portugal to their first ever major international triumph at Euro 2016.

However, Ronaldo's year was blighted by reports from an international consortium of media organisations in December that claimed a huge data leak involving 18 million documents showed the Portuguese hid 150 million euros ($160 million) from image rights in the British Virgin Islands.

Ronaldo, 31, has strongly denied all claims of wrongdoing.

"There were many doubts, many campaigns against me from inside and outside football," Ronaldo told Spanish radio station COPE.

"They wanted to hit me from all sides and the truth is The Best was The Best and that is me, so I am very happy.

"They wanted me to feel bad, but as I have said 'he who owes nothing, fears nothing in life'. As always, I have shut up a few mouths once again."

The Spanish tax authorities have committed to investigating the allegations against Ronaldo and a series of other Spanish-based sports stars named in the "Football Leaks" investigation.

However, the four-time World Player of the Year insists he is calm and believes justice will be done in his favour.

"It bothers me because when you do things well, when you help a lot of people and I am going to mention the award for charity work, which is one of the best awards I have in my museum.

"I have helped so many people and you do so many good things, but people want to hit you to camouflage the bad things that others do.

"It bothered me and it continues to bother me, but justice is always done in the end and so we are going to wait and see what happens."