Draw 1-1 with Honduras to seal World Cup spot in Russia. 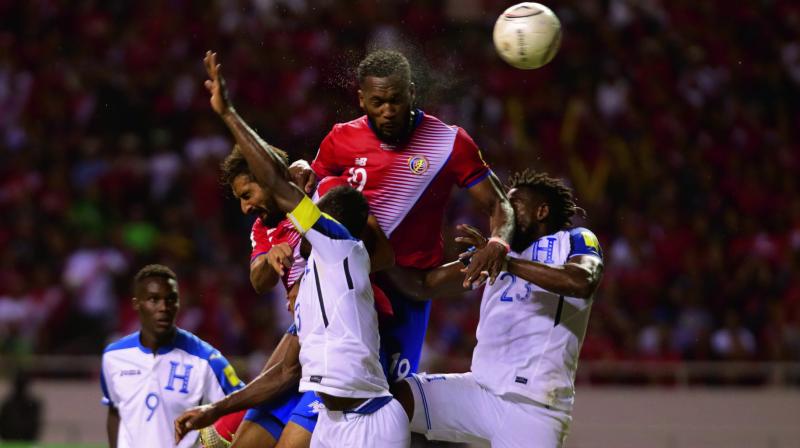 The dramatic late goal means the United States likely needs at most a draw at Trinidad and Tobago on Tuesday night to qualify for its eighth straight World Cup berth.

In a match postponed a day because of a tropical storm, Eddie Hernandez’s header from Romell Quioto’s cross put Honduras ahead in the 66th minute.

In the fifth of a minimum six minutes of stoppage time, a long ball from deep in Costa Rica’s end following a throw-in was headed from about 23 yards out by Hernandez.

Giancarlo Gonzalez headed the ball toward the right flank. Bryan Ruiz flicked the ball ahead to Rodney Wallace who, marked by Bryan Acosta and Emilio Izaguirre, played it back to Ruiz.

Nigeria cruise
Alex Iwobi’s goal saw Nigeria become the first African team to qualify for next year’s World Cup in Russia, while Ghana were eliminated in the qualifiers.

A 73rd-minute strike by Arsenal forward Iwobi handed the Super Eagles a 1-0 success over Zambia in Uyo, ensuring top spot in Group ‘B’ with a game to spare. “It was my goal to qualify this team to an amazing tournament like the World Cup,” said Nigeria captain Mikel Obi.

“I’m proud to captain this team of great players and coaches. My wife is Russian and she and the kids will be in Russia to cheer us at the World Cup,” he added. Nigeria now have 13 points with second-placed Zambia on seven. Cameroon are on six points after defeating Algeria 2-0.