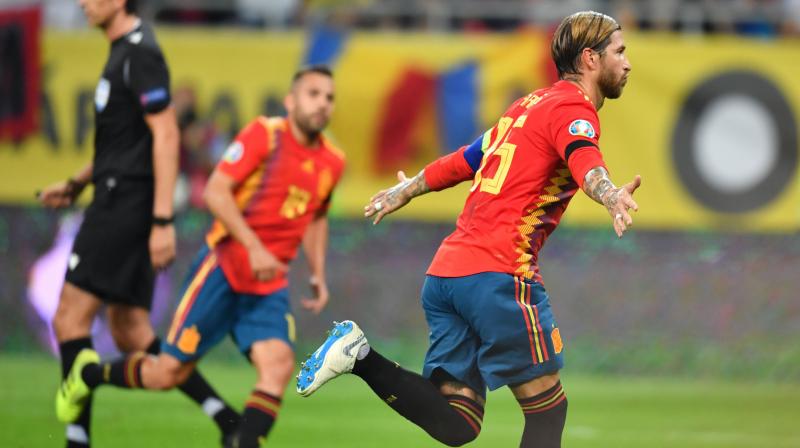 The Real Madrid centre-back, Sergio Ramos, made his international debut 14 years ago in a friendly against China. (Photo: AFP)

Gijon: Sergio Ramos equalled Iker Casillas' record of 167 international appearances for Spain on Sunday as he started their Euro 2020 qualifier against the Faroe Islands in Gijon.

The Real Madrid centre-back made his international debut 14 years ago in a friendly against China.

"It's a difficult challenge to have matched him (Casillas)," said Ramos. "It's a prize and a joy. It's years of effort."

He took over the Spain captaincy in 2016 after goalkeeper Casillas' final match and will set a new record next month if he plays against either Norway or Sweden.

"I hope there are many more. We have experienced great moments with the Spanish team."

Ramos is now only nine caps short of the European record held by Italian stopper Gianluigi Buffon (176) and 17 adrift of Egyptian Ahmed Hassan's world record of 184.

"The statistics are there to beat," insisted Ramos. "If I thought I had fulfilled all my dreams I would have retired.

"I like to reset myself every year and come back with enthusiasm."