Madrid have shifted focus to Neymar after the close of the EPL's transfer window on Thursday ended their hopes of signing Paul Pogba. 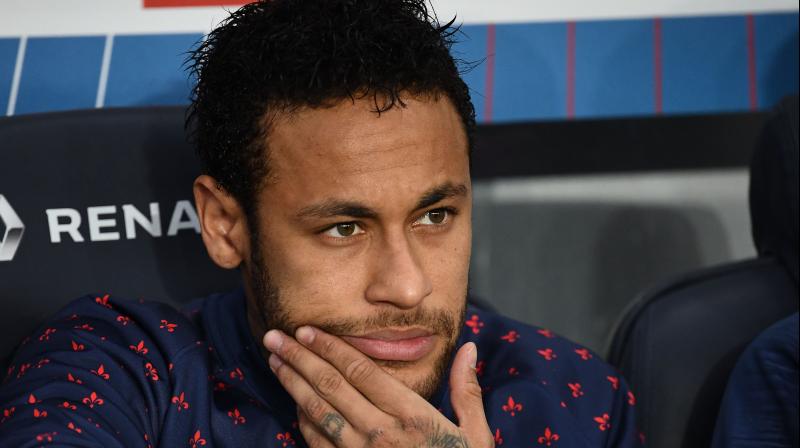 Barcelona newspaper Mundo Deportivo says the 27-year-old will wait until August 20 for Barcelona to make a decisive move. (Photo: AFP)

Madrid: Real Madrid will rival Barcelona in the race to sign Paris Saint-Germain striker Neymar this summer, according to reports in the Spanish press on Friday.

Madrid have shifted focus to Neymar after the close of the English Premier League's transfer window on Thursday ended their hopes of signing Manchester United midfielder Paul Pogba.

According to Marca, Neymar has "returned to the scene" with the club "believing for some time that the team is lacking a big star up front".

Sports newspaper AS claims the Brazilian has been offered to Madrid by PSG, who are open to selling if they can either recoup the 222 million euros they spent on him in 2017 or receive half that amount, with players included in the deal.

It means La Liga's two greatest rivals are set to go head-to-head in the battle to sign Neymar before the Spanish transfer window closes on September 2.

Barcelona newspaper Mundo Deportivo says the 27-year-old will wait until August 20 for Barcelona to make a decisive move, after which "PSG's number 10 does not rule out any option in order to leave the French champions, where it is clear he does not want to stay any longer."

But Mundo adds that "it is clear Neymar wants to play for Barcelona" while Diario Sport agrees, writing that "the winning card Barca continues to hold is the will of the striker to reunite with players like Leo Messi and Luis Suarez. With them, he has a great understanding on the pitch and also a strong friendship off it."

Marca believes Madrid also have factors in their favour. "Neymar's priority is not to go to Barcelona. His priority is to leave the PSG," wrote Marca, also citing their "magnificent relationship" with PSG, "quite the opposite" of how the French club views Barcelona.
Luka Modric is mentioned as a possible makeweight while Philippe Coutinho, who reportedly rejected an offer from Tottenham this week, could be included in an offer from Barcelona.

Sport admits whichever team signs Neymar will "inflict a blow on their rivals by snatching a star player from the other's grasp".

"From now on, it will be Neymar that decides," Sport added. "Barcelona want the player to go public but he understands such a move would be risky. If Barca and PSG do not reach an agreement he would be stuck in the French capital for a third year."