From Stallions striker to Goan gaffer

Jesus Tato didn’t shine for Pune City as a striker but he is making mark as FC Goa’s assistant coach. 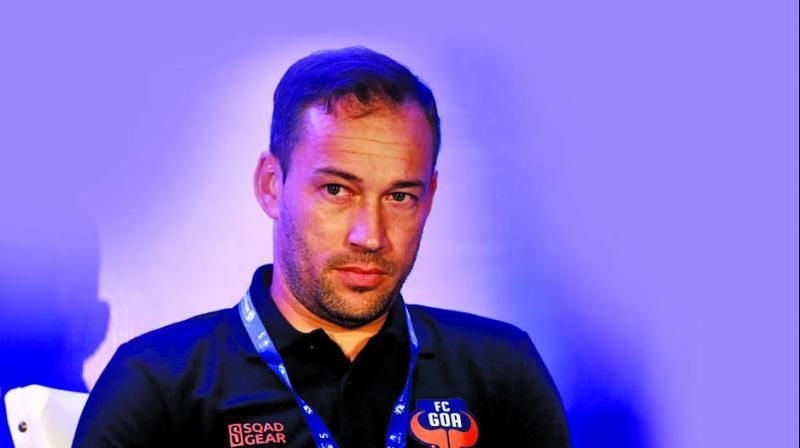 Jesus Rodriguez Tato represented FC Pune City in the third edition of Indian Super League. He didn’t had a great outing in terms of scoring goals and the club finished in the bottom half.

Stallions’ Spanish striker made 10 appearances for them scoring just once in the shorter league. Pune City fans expected more goals from him considering his past exploits in Spain but he didn’t have best of seasons.

But after a year break, he returned to India in this edition as assistant coach of FC Goa. In his first major assignment as coach he has been overlooking junior Goa FC team and assisting head coach Sergio Lobera in the senior team.

“The experience with Pune City was great as a player. I was always thinking of coming back (to India). When the opportunity came I decided to accept it. My duties are other but I am enjoying the experience, the league and the culture here,” Tato said.

Now, the league is for relatively longer period but Tato has done well to convey Lobera’s philosophy of free flowing football to the players.

“We always respect the quality of the opponents but players have been loyal to our style and it has worked for us so far,” Tato added.

The 35-year-old played competitive football in the Spanish second division, Morocco and in India . He was appointed as the assistant manager of FC Goa in June. Known for playing possession-based football, it came as no surprise when FC Goa decided to add more Spanish flavour to their family.

A former FC Barcelona youth player, Tato played under current FC Goa head coach in Morocco and has a good rapport with the Spaniard.

Lobera and their Spanish striker Coro had done wonders together for FC Goa last season but they couldn’t qualify for the final. With Tato for support this year the Gaurs have addressed defensive vows and look favourites against Mumbai City FC in the two-leg semi-final, first of which will be played at Mumbai Football Arena on Saturday.

“I wasn’t here last year and I don’t know what was team’s approach. I am sure players have now one more year of experience and we are approaching the semi-final as one step forward for the final. Mumbai City is a quality side and we have to maintain intensity for the 180 minutes in the two-leg semi-final,” Tato said.