Minerva have so far contributed 30 players to different age groups of the national team. 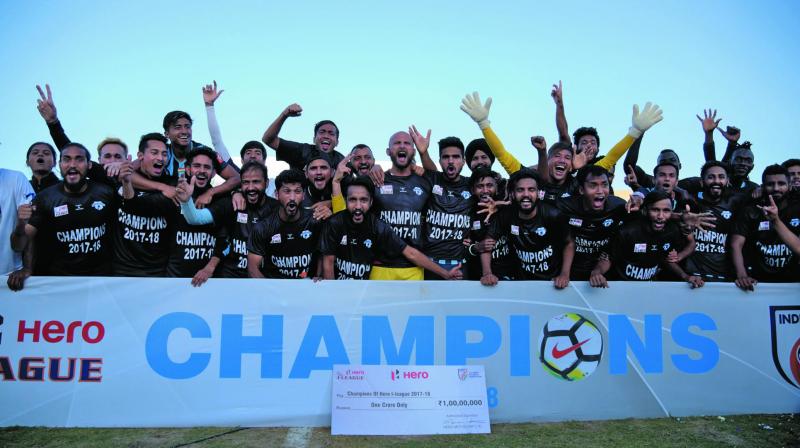 New Delhi: Brand I-League couldn’t have received a better endorsement of its importance in the country’s footballing structure than Minerva Punjab’s logic-defying title win on Thursday.

They needed three points to be champions and their 1-0 win at home against Churchill Brothers in Panchkula ensured they finished on top in a four-horse title race on the final day of the tournament.

It was the first instance in the history of the league of four teams remaining in contention till the final day.

Minerva’s maiden triumph, in their second appearance in top flight action, ridiculed by many as “second tier” after migration of top names to the simultaneously run Indian Super League, made them the first team from north India to claim the title and the second Punjab side after the now defunct JCT that won the inaugural National Football League in 1996-97.

Minerva took a giant leap towards their target when William Opoku Asiedu scored in the 16th minute to head into the break 1-0 ahead and survived some anxious moments in the second session to become winners, much like Aizawl FC did in the last season.

Minerva owner Ranjit Bajaj’s intention in creating the club, which he started 13 years ago, was to participate in local tournaments in Punjab.

The club was formed under the aegis of the Minerva Academy, a training institute for armed forces aspirants, which is run by the Bajaj family.

Their rise has been phenomenal, winning the state championship and finishing runners-up in 2015-16 I-League’s second division behind Dempo.

The Goan side’s refusal to participate in the first division because of differences with the All India Football Federation over Indian football’s roadmap paved Minerva’s way to the top flight as a corporate entity.

With a conservative budget to assemble a competitive squad, the club picked players from the Minerva Academy.

Not only has the academy policy boosted their ambitions as an individual entity, it also provided four players to India’s 21-member final squad for the U-17 World Cup, Anwar Ali, Nongdamba Naorem, Mohammad Shahjahan and Jeakson Singh rising through their ranks.

Minerva have so far contributed 30 players to different age groups of the national team.