Ronaldo's summer has been overshadowed by accusations of tax evasion in Spain. 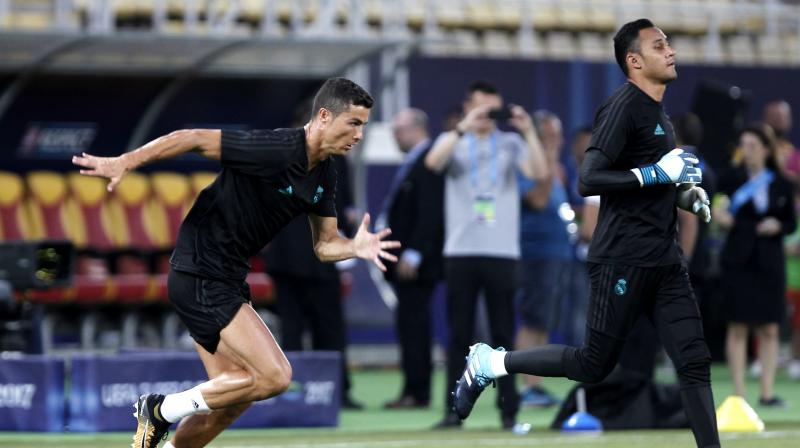 The World Player of the Year only returned to training with his Real teammates on Saturday. (Photo:AP)

Madrid: Cristiano Ronaldo could feature against his former club Manchester United in Tuesday's UEFA Super Cup after being included in Real Madrid boss Zinedine Zidane's squad for the trip to Skopje, Macedonia.

Ronaldo's summer has been overshadowed by accusations of tax evasion in Spain, which led to him being appearing in court last week, and speculation over his future.

According to a report from Spanish radio station Cadena Ser, Ronaldo told the court he "would like to return to England" due to his tax troubles in Spain.

The World Player of the Year only returned to training with his Real teammates on Saturday as he was handed an extended summer break after playing for Portugal at the Confederations Cup and is still not expected to start.

However, as is common for showpiece occasions, Zidane has decided to take his entire 24-man squad to Macedonia.