The former Manchester United star has been in the city before as part of Premiership club’s fan engagement program. 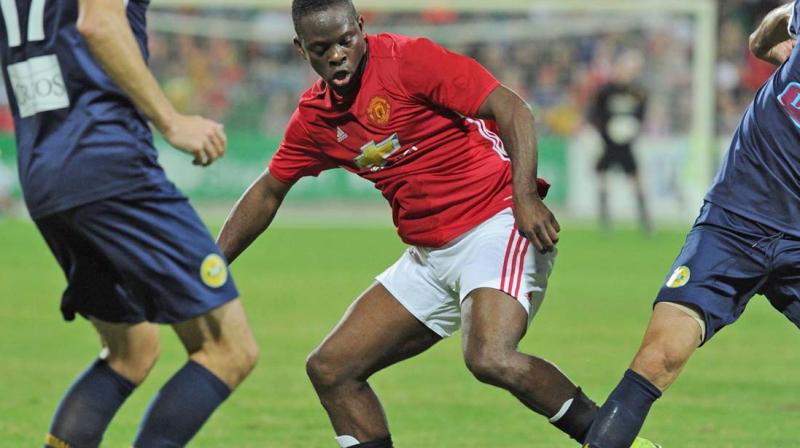 Former French forward Louis Saha said he will love to watch the France versus Belgium clash in the ongoing Fifa World Cup in Russia. France reached the semi-final after outplaying Uruguay and they will meet Belgium on Tuesday in the semi-final after Belgium knocked out five-time champions Brazil in the quarter-final on Friday.

“I would have loved to watch France versus Belgium final, but they will meet in the semi-final,” Saha told reporters ahead of the quarter-final clashes on Friday. Saha is in Mumbai as Sony Pictures Network’s football expert for the World Cup. The former Manchester United star has been in the city before as part of Premiership club’s fan engagement program.

Saha was part of the French team that entered final of the 2006 Fifa World Cup. He, however, missed the final against Italy due to bookings and they eventually lost on penalties in a match marred by Zinedine Zidane head-butt incident against Marco Materazzi. Saha’s fellow forward in that World Cup Thierry Henry is now standing in the Belgium bench and Saha tipped talented 19-year-old Mbappe can be next Henry while also praising Paul Pogba and Ngolo Kante doing nice job in midfield to support Kylian Mbappe and Antonie Griezmann.

“Yes, I think Mbappe is tipped to be next Henry. He has those qualities, looks like Thierry Henry because he is very fast, he can create his own chances and at the same time goes at the back of defenders. Physically he has got too much, at 19 he is moving inside, going wide, creating chances coming back to defend, he said.

“Mbappe is unpredictable and playing such when he isn’t even playing with a quality side like Barcelona. He is great to watch,” he added.

“Kante is everywhere and Pogba is going back also winning balls and hope he can bombard (finish) like he did for Manchester United against Manchester City (in the 2018 Premiership). He is capable of such things,” he said.

Saha, however, warned that defence can be a matter of concern for France. “In our time (2006) we had a strong defence with players like William Gallas. Proper No 4 existed who can just defend and kick forward during our time. Right now it is a bit more demanding to defend against quality players. They are also expected to take the ball forward, which opens up spaces and they start struggling, making mistakes to end up conceding a goal. This defence is not that strong when put under pressure, they cant sit back and keep defending,” he said