Mumbai aims to avenge defeat against Goa in ISL semis

FC Goa had blanked Mumbai 5-0 at the Jawaharlal Nehru stadium in Goa in October. 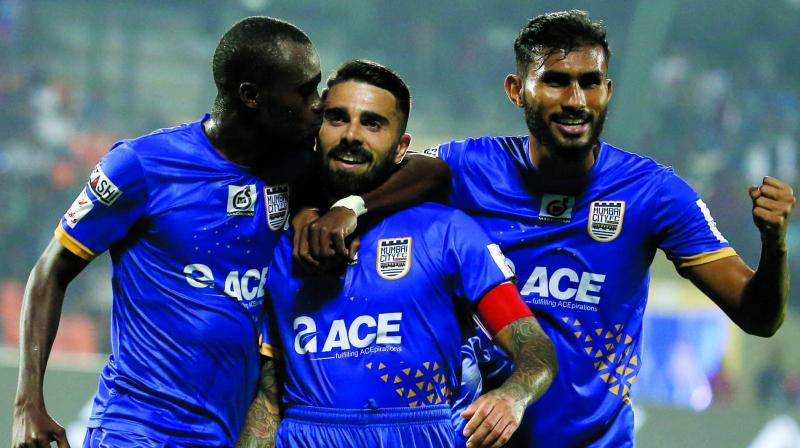 It was again FC Goa who had snapped their unbeaten run when they defeated them 2-0 at the Mumbai Football Arena here in February. (Photo: File)

Mumbai: Having suffered two defeats against FC Goa in the league stage, Mumbai City FC would be thirsting for revenge when the two outfits clash in the first-leg semi-final of the Indian Super League on Saturday.

FC Goa had blanked Mumbai 5-0 at the Jawaharlal Nehru stadium in Goa in October, after which the Jorge Costa-coached Mumbai were unbeaten in nine games.

But again it was FC Goa who had snapped their unbeaten run when they defeated them 2-0 at the Mumbai Football Arena here in February.

So when Mumbai take the field with the stakes higher, revenge will also be on their mind, but the hosts know well that they cannot afford to take the visitors lightly.

For the hosts, Modou Sougou has been the star performer having pumped in 12 goals so far.

And a lot will depend on how the Senegalese fares in this key contest.

He, along with Arnold Issako of Congo who has six assists to his credit, form a lethal pair.

With a forward like Brazilian Rafael Bastos and an array of mid-fielders including Sougou, Paulo Machado and Matias Mirabaje to bank on, Mumbai have a strong outfit.

With Romanian Lucian Goian and Subhasish Bose to man it, Mumbai also have a strong defence although it was breached rather easily previously on both the occasions by Goa.

This is an area they would like to tighten up.

The role of experienced custodian Amrinder Singh would also be crucial and he would be hoping to maintain a clean sheet.

Amrinder has been quite impressive in the tournament having 55 saves to his name.

Goa have a lethal weapon in the form of Ferran Corominas, who is the leading goal-scorer in the league, having slotted in 15 goals.

If he is allowed to play as he wants, the Mumbai defence will have a harrowing time.

Apart from Corominas, Goa's hopes will also be pinned on the performance of Spaniard Edu Bedia, who plays as central mid-fielder and has seven goals to his name.

Along with Bedia, Jackichand Singh, Mandar Rao Dessai and Zaid Krouch are other mid-fielders for Goa.

The Goa defenders and custodian Laxmikant Kattimani also will have to be on their toes against the Mumbai attack with home crowd behind it.