The women’s team arrived back in India to a month of felicitations in their respective states, panel discussions and whatnot. 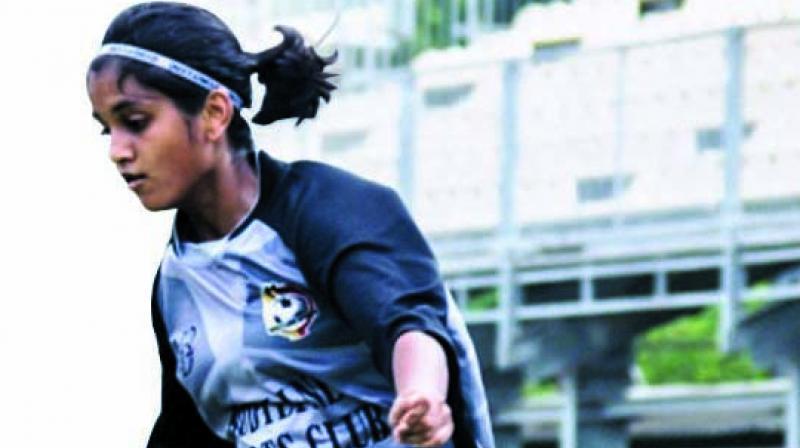 Over the years, Women’s Day has become more about equal rights than beauty and homemaking. And why not? The paradigm change was well needed, especially, in the field of sports. After Mithali Raj and Co. made it to the finals of the ICC Women’s World Cup, one major problem still lies to be addressed by the associations —the number of tournaments.

The women’s team arrived back in India to a month of felicitations in their respective states, panel discussions and whatnot. Once those got over, there was a mammoth break for competitive matches until February when the team travelled to South Africa for a tour.

City footballer Karen Pias, who has represented India at U-13, U-15 and U-17 levels complains about the same. The 18-year old leads the attacking line for local club Bodyline FC where it is unusual to not see her among the goal-scorers. When it comes to football, there are two renowned leagues for men in the name of I-league and the well-packaged Indian Super League. On the other hand, women feature in the Women’s I-league still where television broadcasting is a dream. One has to dig deep to find the scores online.

“We only get to play senior nationals and apart from that, it is just local tournaments. I was lucky to be seen by the scouts but the city-based tournaments cannot take us to the national team,” she says.

“The grassroots programmes are great but we also need to have tournaments to give the girls an incentive to continue playing football after school,” she adds.

Long distance runner Lalita Babar voices similar opinions. “There was a time when it was just me and Sudha (Singh) among the female runners. Now with time and the rise of marathons, more runners are emerging,” says the athlete.

Despite all the daunting remarks, she has come a long way and is now the reigning Asian Champion in the 3,000 metres steeplechase. “At least, from just being the two of us, we are now five-six runners. The progress is slow but I am glad. The girls have to set their priorities and then enter. Back home, I have set an example even after people discouraged me so much. Young girls are inspired and their goals have changed from getting married after 18 to living an independent life and I am happy with that,” says Babar.

Former sprinter Rachita Mistry has a different perspective. “There was a race where there were no cameras on the finishing line. PT Usha and I were competing for the first place. I was the one who finished the race first but because there was no camera, she was given the medal. Such things don’t happen in women’s races these days,” she says.

“I have become a part of the association to stay connected with the sprinters and I have seen that there is equal treatment for both the genders in terms of cash prizes and tournaments. Compared to my time, the infrastructure for women has improved a lot these days,” says Mistry.

There a need to strike a balance and manage equal competitions for women to give them a platform to showcase their mettle. One should not have to see this inequality in a city like Mumbai, which has top class infrastructure for almost every sport.