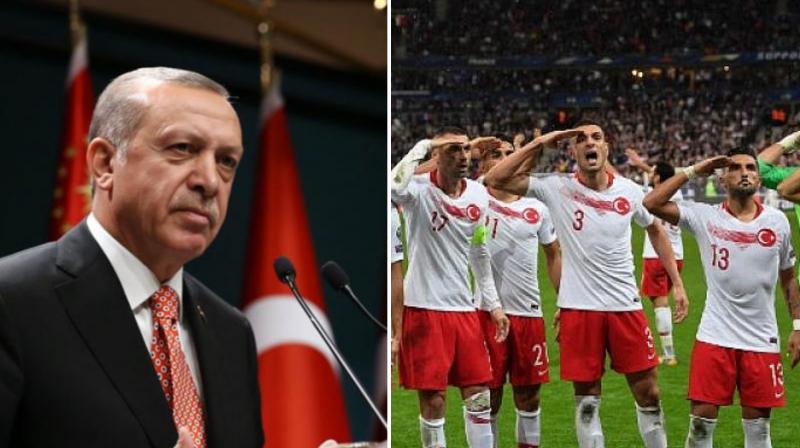 Ankara: President Recep Tayyip Erdogan said Thursday that UEFA was discriminating against Turkey's football team following a controversy over the players' use of military salutes on the pitch.

UEFA opened disciplinary hearings against Turkey last month after its players saluted during Euro 2020 qualifiers - a gesture seen as supporting the country's military offensive in Syria.

Erdogan said this was part of a wider campaign against Turkish sports stars who supported the operation.

"Sportsmen representing our country abroad are being subjected to a lynching campaign since the start of the operation," Erdogan said at a press conference in Ankara.

"We reject UEFA's discriminating, unjust and political attitude towards our national team and clubs," he added.

"It is the natural right of our sportsmen to salute our soldiers after a victory." The players made the military salutes during anthems and after goals against Albania and France last month.

UEFA's press chief Philip Townsend said at the time that the gesture "could be considered a provocation" given the ban on references to politics and religion.