Indian football is on brink of great revolution: Shearer 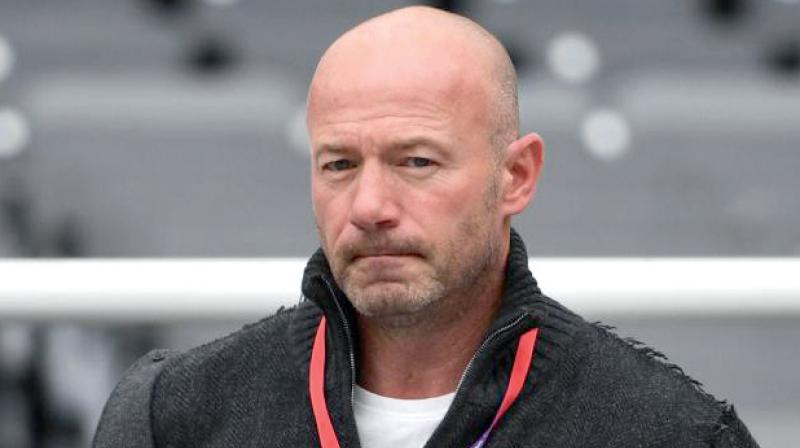 Bengaluru: Newcastle believer, loyal footballer and a man chosen by the great Pele as among the best in the world, Alan Shearer’s life reads like a ‘how to excel and inspire’ manual.

Newcastle and the Premier League’s record goal scorer, the legend will be in Bengaluru on October 14 and 15 for a two-day Premier League Fan Park where live matches will be screened, like Liverpool versus Manchester United. In an email interview, the legend spoke on his life today, being a football pundit and more.

The former captain of England and Newcastle United Football Club, Shearer’s interactions with Indian football fans have enthused him to bring Premier League action to the city.

“I was in Mumbai earlier this year and saw first-hand the passion of local fans. Their knowledge of the game was outstanding, and there was a real sense of excitement about the Premier League. I feel Indian football is on the brink of a great revolution, the same way the Premier League was in 1980s and 90s. I’m looking forward to returning to India for Premier League Live in Bengaluru. The event will give local fans a great opportunity to enjoy a Premier League experience.”

Shearer, who since childhood has been an ardent supporter and follower of football, having spent 10 years at Newcastle United, and Blackburn Rovers and Southampton before that, understands the fervor of the game.

“When I was a young boy I wanted to play for Newcastle United, I wanted to wear the number nine shirt, and score goals at St James’ Park. I’ve lived my dream and I realise how lucky I was to have done that. I always knew that Newcastle was a football-mad city, but when I came back in 1996 to be greeted by 20,000 people outside the stadium in the pouring rain, it was incredible. I had never seen scenes like that before,” Shearer said.

As the top goal scorer in the EPL, Shearer has gone on to greater pursuits, and was reported to have said that Harry Kane might overtake his goal-scoring record. “In Harry Kane, I now see a player who can top the total of 260 goals I amassed with Blackburn and Newcastle. He can score the simple and can put away the spectacular.

“Having said that about Kane, I do not rule out Romelu Lukaku having a good go at reaching my total either. It is a record I am very proud of but to witness the goal scoring exploits of another professional is something I now enjoy doing in my role as a pundit.”

Shearer now wants to bring the large almost untapped Indian populace under football’s heady glow. “I have seen firsthand the enthusiasm for football in India, and Premier League Live will undoubtedly give local fans the chance to share their passion together. The event will bring the brilliant atmosphere of the Premier League for all to enjoy.”

Shearer is Commander of the Order of the British Empire (CBE), and his many achievements stand as a testimony to his impeccable work ethic. Social causes are also very close to Shearer’s heart.

The Alan Shearer Foundation is an important part of his life, “I had my testimonial in 2006 and I used that money to set up my foundation, and it has gone on from strength to strength. I was determined not just to hand the money over but to take an active part in the organisation and I have remained very involved.”