Neymar had a late chance to equalise but Thibaut Courtois tipped over as Belgium clung on. 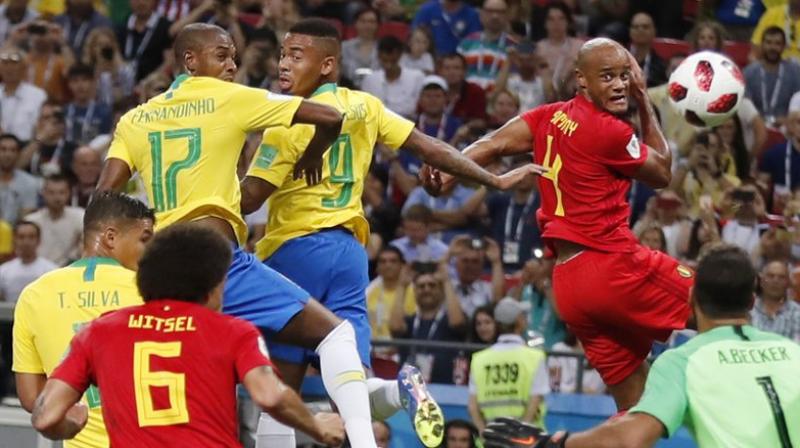 Brazil’s Fernandinho, top left, scores an own goal, the first for Belgium side’s during the quarterfinal match between Brazil and Belgium at the 2018 soccer World Cup in the Kazan Arena, in Kazan, Russia. (Photo: AP)

Kazan, Russia: Belgium beat World Cup favourites Brazil 2-1 on Friday to set up a semi-final against France in Saint Petersburg.

A Fernandinho own goal in the 13th minute followed by a superb Kevin De Bruyne strike just after the half-hour put Belgium in the driving seat. Brazil pulled a goal back through Renato Augusto but it was too little, too late.

Neymar had a late chance to equalise but Thibaut Courtois tipped over as Belgium clung on.