'Liverpool will miss Salah, but they still've Shaqiri, Sturridge, and Origi': Suarez

Both Robert Firmino and Mohamed Salah have been ruled out, resulting in a huge blow to Jurgen Klopp's Liverpool. 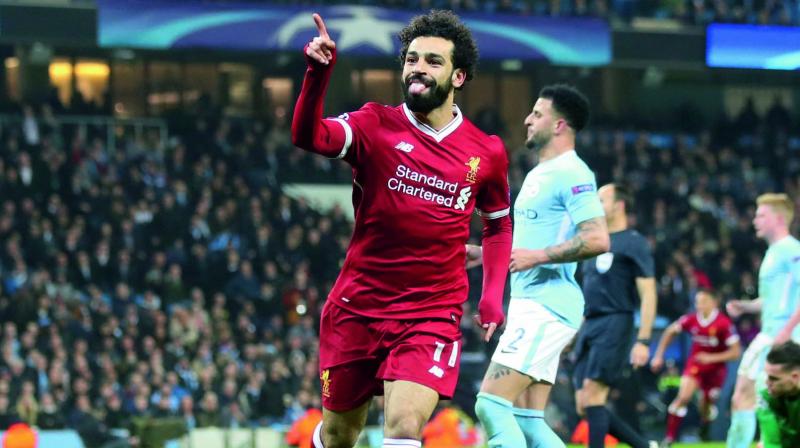 On Monday, Liverpool FC in an official statement said that the player won't be taking part in the semi-final clash due to a concussion. (Photo: File)

Leeds: Barcelona's star footballer Luis Suarez has said that absence of Mohamed Salah in the Champions-League semi-final second-leg will be a big miss for Liverpool.

"Salah is a very important player, has been in the top three in the world the last couple of years," goal.com quoted Suarez as saying on Tuesday.

"It's a big miss for them, but they have [Xherdan] Shaqiri, [Daniel] Sturridge, [Divock] Origi who are quality players and we have to be aware and careful," he added.

On Monday, Liverpool FC in an official statement said that the player won't be taking part in the semi-final clash due to a concussion.

Both Robert Firmino and Mohamed Salah have been ruled out, resulting in a huge blow to Jurgen Klopp's Liverpool.

Firmino was earlier ruled out of the clash after suffering a muscle injury.

Barcelona are themselves suffering from injury problems as Ousmane Dembele suffered a hamstring injury and this setback was even lamented by team's coach Ernesto Valverde.

"Nobody wants injuries, it would be great if they can make a quick recovery and it's a shame they can't play on Tuesday," Suarez said.

"We'll miss Dembele as he is a player who could have lapped up the spaces left by Liverpool at the back," he added.

Liverpool suffered a 3-0 defeat by Barcelona in the Champions League semi-final first-leg and the Reds have to a mountain to climb if they want to reach the finals of the tournament.

Liverpool and Barcelona take on each other in the Champions League semi-final second-leg on May 7 (local time).