Dolores Aveiro has made a dazzling error while trying to boast about her son’s debut with Serie A champions, Juventus. 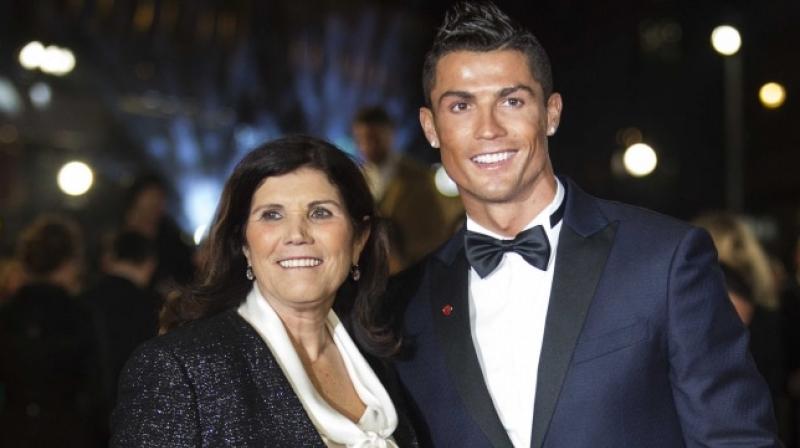 Alveiro has always expressed her support for the five-time Champions League Winner while Ronaldo evolved from being an amateur Sporting Lisbon player to a legend. (Photo: AFP)

Mumbai: A Sportskeeda report stated Dolores Aveiro, the mother of Portuguese footballer, Cristiano Ronaldo, has made a dazzling error while trying to boast about her son’s debut with Serie A champions, Juventus.

Alveiro has always expressed her support for the five-time Champions League Winner while Ronaldo evolved from being an amateur Sporting Lisbon player to a legend.

The one-time Euro Cup winner rose to fame at Manchester United, where he was under the watchful eyes of Sir Alex Ferguson. The former Red Devils players then moved to Real Madrid, where he established himself as one of the world’s greatest footballer besides the Argentine maestro Lionel Messi.

The five-time Ballon d'Or winner then bid goodbye to the Spanish club after having a nine-year successful career. The current Juventus player moved to the Turin based-club in the last summer-based transfer window. And till now, he has aided the seven-time Italian champions to clinch their eighth title.

Nonetheless, CR7’s mother Aveiro took to twitter to describe her son’s glorious debut season at the Italian club, but in the process she made an embarrassing blooper as the 64-year-old put up a picture of her son along with a message which says, "Cristiano, the player who rescued Juventus from relegation and made them win a league again after an almost 20-year drought."

She further put a short caption under the photo which read, "My Pride, my son".

However Aveiro was correct about her son's immense contribution to the club’s success, while she wrongly stated that Ronaldo rescued Juventus from being relegated and guiding them to their first title in 20 years.

Dolores Aveiro posted a message to express her pride in her son for rescuing "Juventus from relegation"...https://t.co/DZede4TvpO

Lastly on the match-front, Juventus have already clinched the title, and they are currently preparing themselves to play their remaining games as they are set to face Roma on Sunday night.