Jamshedpur made two changes at the start of the second half by taking off Jerry and Karan Amin for Mohammad Mobashir and Robin Gurung. 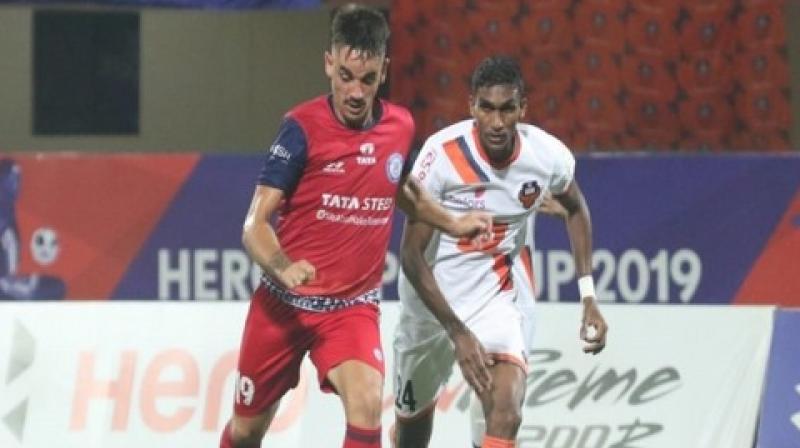 Bhubaneswar: FC Goa entered the Super Cup 2019 semi-finals by defeating Jamshedpur FC by 4-3 in the third quarter-finals played at Kalinga Stadium in Bhubaneswar on Saturday.

Goa's Edu Bedia scored the opener goal of the match in the 23rd minute and Goa kept a strong performance throughout the first half while they added another goal to have a two-goal lead.

Jamshedpur made two changes at the start of the second half by taking off Jerry and Karan Amin for Mohammad Mobashir and Robin Gurung.

When there was just little over 25 minutes left to the game, Goa’s Seriton Fernandes scored his maiden goal for his club and gave his side a three-goal lead.

In the 77th and 83rd minute, Sergio Cidoncha and Carlos Calvo's scored one goal each, bringing the match to 4-3, boosting their side’s morale and putting Goa under immense pressure which then just had a lead of a solitary goal.

But Goa was able to successfully to halt Jamshedpur attempts to add more goals and as a result, Goa progressed into the semi-finals.

FC Goa will now face Chennai City FC in the semi-final of Super Cup on April 9.