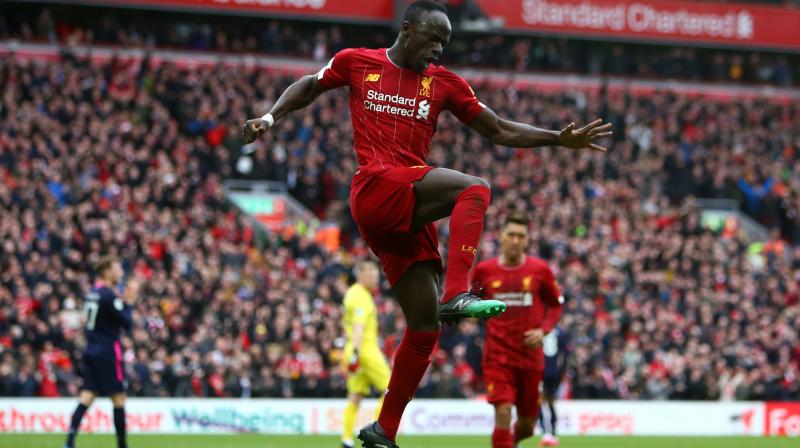 Liverpool: Liverpool recovered from back-to-back defeats and conceding the opening goal on Saturday with a 2-1 win over Bournemouth to move to within three wins of ending a 30-year wait for the Premier League title.

Callum Wilson's controversial early opener sent shockwaves around Anfield after a run of three defeats in four games in all competitions. However, the prolific duo of Mohamed Salah and Sadio Mane quickly turned the game around and a heroic goal-line clearance from James Milner in the second half secured the win to open a 25-point lead at the top of the table.

Jurgen Klopp's decision to make seven changes for Tuesday's 2-0 defeat at Chelsea in the FA Cup had been questioned as Liverpool lost the chance to build some momentum heading into a big week.

The hosts' backline was breached again after just nine minutes, although Klopp was rightly furious that VAR did not intervene to disallow the goal. Joe Gomez was knocked off balance by Wilson to start the move and the Bournemouth striker then had the simple task of tapping home Jefferson Lerma's cross.

Defeat leaves the Cherries still in the bottom three. They were left to rue not making even more of a bright start as stand-in goalkeeper Adrian turned over Nathan Ake's powerful header.