Iain Hume discusses why he left Kerala to join pune despite a successful run at the club. 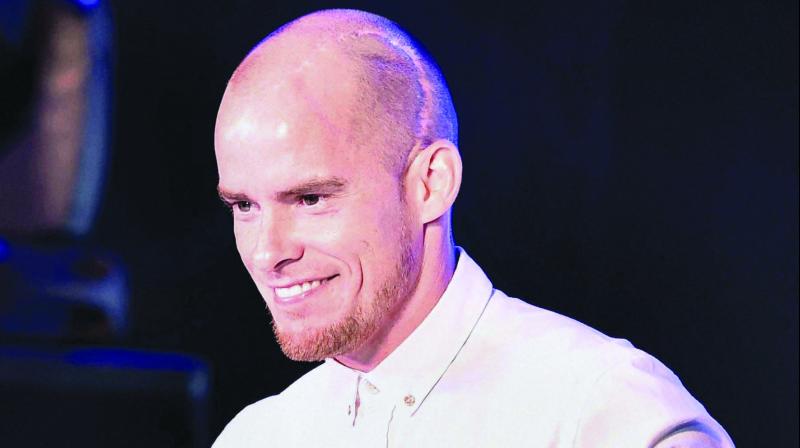 Iain Hume is probably the most popular foreign face of the Indian Super League. Be it his animated presence on the pitch or his record as the league’s highest scorer, the Canadian-striker has a fascinating personality with a knack of performing and maybe that is why he is so admired at the ISL.

For the upcoming season, the 34-year old forward has signed for FC Pune City from Kerala Blasters FC. A player adored in Kerala for his two special terms with the club, left the franchise abruptly. He was promised a contract but eventually it was not presented to him.

Also, Hume missed most of the last season due to an injury in his right knee and even this season for the initial period, he will not feature in the first few games. Even for his record, Hume couldn’t fetch any enticing offers considering the treatment expenses for his injury. The fact that Pune offered him a treatment caught the fancy of Hume.

“It has been a quiet summer for me compared to what it was last year. There were a few clubs but what FC Pune (City) offered was full recovery with my injury,” says Hume.

“Pune even reached the play-offs last year and was a tough side to beat,” he adds.

One of the reasons why Kerala was hesitant in offering a new contract to him was the same. “I was told that a contract will be given and also promised a treatment. None of that happened but this is football and it is the sad part of it,” he says.

He joined his new team the two weeks ago. For a squad that prospers on young domestic players and experienced foreign players, Hume is a fine match. Even he agrees with this fact. “It is a team with young Indian players. Diego (Carlos), Marko Stankovic and Jonathan (Vila) are some players who I know and I am excited to play with them. We need to improve and get better results from last season,” says Hume.

In his interviews, press conferences, and most importantly, on the pitch, Hume shows how much he loves the sport. He is always on the run to grab opportunities to score goals or even when it comes to arguing with the referees for what is right. “I have given my blood and sweat...literally on the pitch. There have been injuries in my career but you see I have played over 550 games in my career. I loved being on the pitch and that’s what keeps me going,” he says.

For first season of the ISL, Hume has been a part of the league. He has seen the development from the front seat. Pune will be his third club but he insists that the reflection of what the league has done can be seen in India’s international performance. “The progression of the national team is one thing that the league has given. The standard has improved every season and if you see the average age of the squads, it is less and that is a good thing.”