City’s Amateur footballers shed light on the growth of box football over the 90-minute format in recent times. 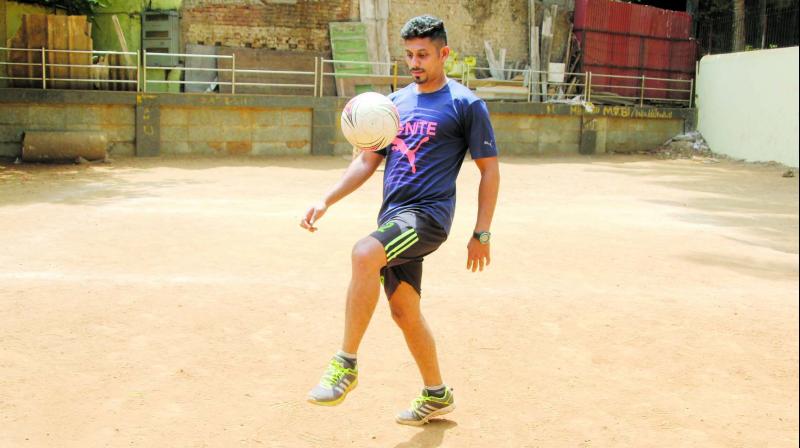 Professional football in the city has almost disappeared in the city. Except for the Indian Super League franchise, the Mumbai City FC, there are no clubs that are functioning in the city. On the other hand, the amateur football scene is bustling. Hardly a weekend goes by  where there are no five-a-side football tournaments in the city.

There are only two teams taking away the silverware in these competitions — Joga Bonito and Kalina Rangers. (Fun fact — both sides are divisions of the same club, Joga Rangers)

Last year, they went to Beijing, to represent India at the Football Five World Cup (F5WC). It is 2018 now and the same side will travel again for the yearly tournament h will be held in Shanghai this year. The process to qualify was long though. It started with city rounds and there could only be one team from each city.  So the club decided to go to Pune and Ahmedabad to allow both the teams to advance for the next round.

Anthony Machado, who led the Indian contingent last year to China, was a part of Kalina Rangers, who were going to Ahmedabad. The other side, Joga Bonito went to the Pune round.

“Joga Bonito had suffered a defeat in the Mumbai leg so that team went to Pune to try again. They made it eventually,” he says.

This was the only hurdle that these two sides faced throughout the competition. They won the city rounds to  reach the national finals in May and emerged as winners without a scratch.

If you ask Machado which game was challenging for his side, he replies, “It was a 3-3 draw.” This gives an idea about the domination of this side in amateur football. The only challenge they faced was a draw and not a loss. They did not even trail in any of the games.

Most of them have tried their hand at professional football but the uncertainty about the future has kept them away. Playing the shorter format on the weekends is what they prefer. “It’s good for us. We work all week and do not worry about earning from football. All of us in the club are employed somewhere,” explains Machado, who is also a trainer for marathons and ultra-marathons.

The captain of the team Daniel Fernandes insists that when he was aspiring to become a footballer, the academics held more weight. When he was in junior college, he made it to the Mumbai FC camp but it’s the typical Indian story. “I could not become a professional footballer but luckily we had 5-a side football coming up,” he says.

“It’s good for people like us who need to balance work and football at the same time. We play on the weekends and train after work. It’s not like we don’t put in hard work also. We train hard and that’s why we have reached this position,” adds Daniel. who works for British Airways on off-flight duties.

When they traveled last year to China, they were being funded by Machado’s client. The side did not face that problem this year.

“We won around 50 trophies this year,” brags Machado. It is not a lie; their cabinet gets new titles every week. “From those prize amounts, we fund ourselves,” he adds.

With no news on any new football clubs in the city, the amateur scenario might grow bigger with time.