India soar to 96th in FIFA Rankings, second highest ever 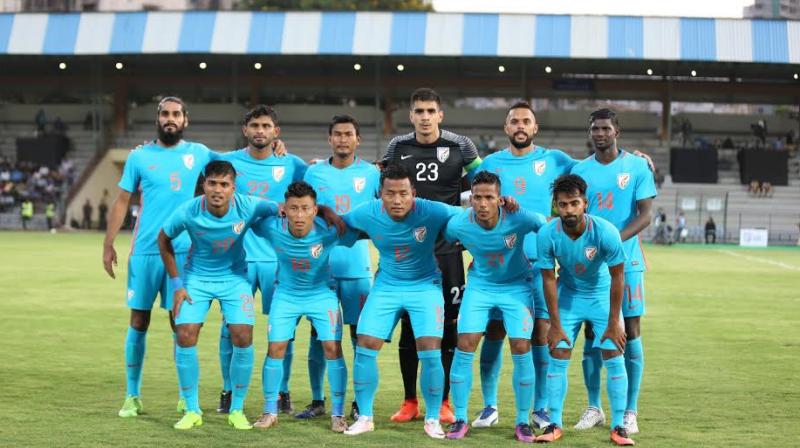 This is India's best-ever FIFA Ranking since February 1996 when India were also ranked 94. (Photo: AIFF Media)

New Delhi: The Indian football team's surge in FIFA rankings continued as they climbed up by four places to an unprecedented 96th spot, their second-best ranking of all time.

The Sunil Chhetri-led side were ranked 171 when Constantine took over as the national team's coach for the second time in February 2015. Since then, India have moved up by 77 places in the rankings over the last two years.

India, who are currently on 341 points and are seven behind 95th placed Cyprus, have now won 13 of their last 15 matches and are unbeaten in the last eight matches.

India will now face Macau in the third round of the Asian Cup qualifying clash on September 5.