Lot more than pride at stake in El Clasico

Cristiano Ronaldo on 17 will want to narrow that gap. The two clubs first met in the La Liga on February 17, 1929, with Real Madrid winning 2-1. 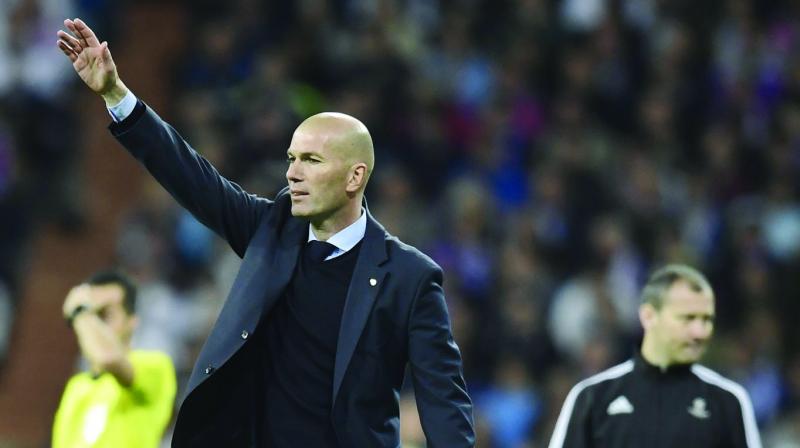 Barcelona have won their 25th La Liga title, with four games remaining, a Spanish top-flight record in the 21st century. So the El Clasico against Real Madrid on Sunday should be a damp squib. But such is the bitter rivalry between these two clubs, further accentuated by the demand for Catalan Independence that it promises to be a grudge match. Real Madrid defender Sergio Ramos has already stoked political passions by stating that his team will not give the customary guard of honour to Barcelona at the Nou Camp.

Besides the political sub-text there are also football records at stake. If Barcelona remain unbeaten they will emulate Athletic Bilbao in 1928-29 and Madrid CF (now Real Madrid) in 1931-32. Zinedine Zidane can salvage his reputation as coach if Real Madrid halt Barca’s winning streak of 41 La Liga matches, a record of consecutive unbeaten fixtures continuing from last season.

Even if Real Madrid win their remaining league matches they can only finish second. It is, however, not position but pride that Real Madrid and Barcelona will be playing for in the El Clasico on Sunday. Real Madrid have already reached their third successive Uefa Champions League final and if they can beat Barca their demanding fans and officials will forget their disastrous campaign in the La Liga and Copa del Rey this season.

Then there is personal pride. Overall in clashes between these two giants of world football Lionel Messi is the all time top-scorer with 25 goals. Cristiano Ronaldo on 17 will want to narrow that gap. The two clubs first met in the La Liga on February 17, 1929, with Real Madrid winning 2-1. Overall in the La Liga Real Madrid have won 72 times, Barcelona 70 times and 33 matches have ended in draws. Real Madrid have also won more La Liga titles, 33 in total. So there is ample motivation for Barcelona not to relax in the crucial derby match.

Due to historical reasons the political rivalry between these two clubs is bitter. On Christmas Eve 1899, Barcelona was founded by a Swiss businessman Hans Kamper who adopted the Catalan name Joan Gamper. The club’s identity is not just football success. It is a potent symbol of political and cultural identity.

Repressed during the dictatorship of General Primo de Rivera in the 1920s and General Franco (1937-1974) Barcelona are a vehicle for a collective identity, defiant of dictatorship and a symbol of Catalan nationalism. It is not just a football club but also a people’s movement. They are never short of money because of subscriptions by their estimated 45 million fans and rich club members who fund this institution.

In contrast, in the heyday of Franco’s rule Real Madrid was seen as an establishment club. Between 1950 and 1980, Real Madrid won the La Liga 18 times as compared to Barcelona’s five. The Catalan club’s winning streak started during the late Johann Cryuff’s era as coach, 1988-95. Since then Barcelona have won La Liga 14 times to Real Madrid’s eight. Messi with 32 goals so far, the top-scorer in Europe’s top five leagues, has an insatiable appetite for success and goals and could make the difference.