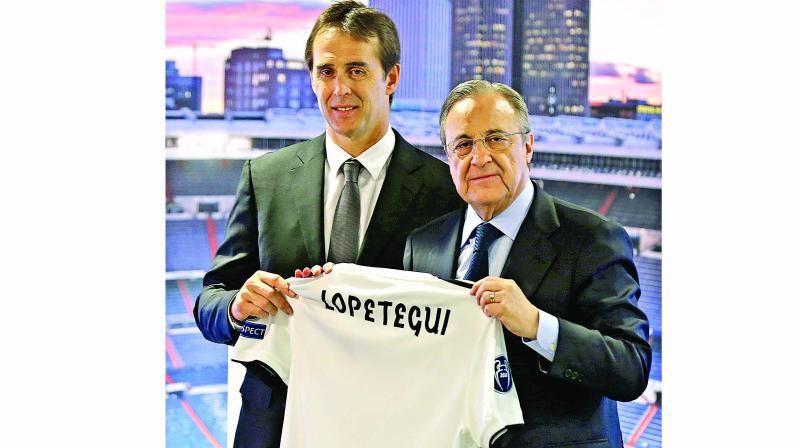 The four defeats include a defeat versus Girona, two defeats against Barcelona and a loss against Ajax- which forced them to crash out of all tournaments within a week. (Photo: AP)

What's the fuss about?

According to the reports of Sportskeeda, after the humiliating 4-1 loss at the hands of Ajax the Real Madrid fans assembled outside the Santiago Bernabeu and asked the president Florentino Perez to step down. The huge uproar came after Ajax sent the 13 times Uefa Champion League (UCL) winner packing and that too at their fortress.

Just to inform you

Real Madrid witnessed their fourth successive home losses this season for the first time in the 21st century after Ajax defeated the European Champions. The four defeats include a defeat versus Girona, two defeats against Barcelona and a loss against Ajax- which forced them to crash out of all tournaments within a week.

Barcelona kicked Madrid out of the Copa Del Rey semifinals, besides the losses versus Girona and Barcelona in La Liga also shows that they now trail behind league topper Barcelona by 12 points.

Despite firing ex- manager Julen Lopetegui, Santiago Solari too has failed to introduce any new changes as Real Madrid are witnessing a dismal season given their standards.

Only if Barcelona and Atletico Madrid unexpectedly drop points in the last few months, Los Blancos will go trophy-less this season.

The crux of the matter

Real Madrid president Florentino Perez has received a lot of flak due to his transfer policies, primarily which resulted in the exit of both Cristiano Ronaldo and Zinedine Zidane before the season started.

The reports states, the fans gathered around the stadium and vented out their anger and frustration by asking for Florentino Perez's resignation. They were extremely loud and clear about their message as they shouted "Florentino, dimisión!" ("Florentino, resign!")

Real Madrid now has nothing to play for but they know that they can be out of a Champions League spot too unless they improve.

Madrid will play Real Valladolid, Celta Vigo and Huesca in La Liga in the subsequent weeks.