Still in the mix for CL, says Denis Irwin

The Manchester United legend believes that the club will have to shrug off the spate of draws. 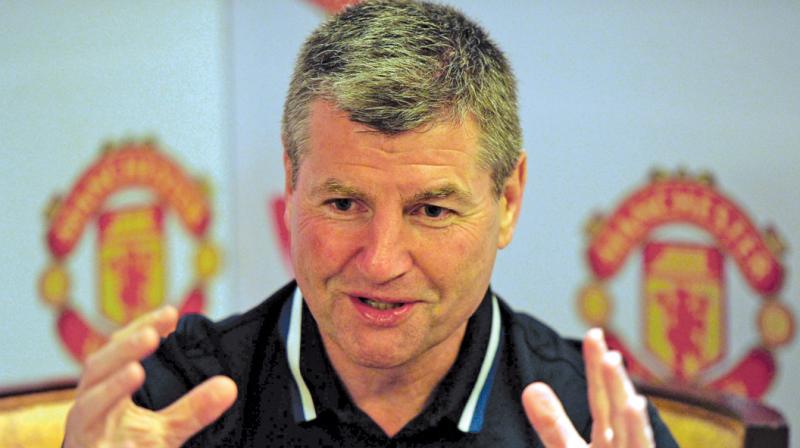 Denis Irwin at an event in Bengaluru. (Photo: R. Samuel)

Bengaluru: Out of the embers of a past generation of footballing greats at Old Trafford, can rise a phoenix that is Manchester United’s current crop of players. Club ambassador and Manchester United icon Denis Irwin, who was here for the finale of the Manchester United Soccer Schools programme, certainly believes this will be the case and waxed lyrical about what lies ahead for the Red Devils.

After a great start to the season, United appear to have slid off the rails in the race for the Premier League. Rooted to sixth place in the table since December, they have cut the gap between themselves at the top four, but there will always be skeptics.

“We’re still in the mix to qualify for the Champions League,” Irwin reassured. “We’ve drawing too many games. Drawing against Hull at home was a big disappointment because you’d expect to beat them. Certainly over the next three or four games, we have to get on a winning streak. We’ve lost very few matches and still have a great chance of making the top four,” the Irish legend quipped.

While on the subject, Irwin didn’t think manager Jose Mourinho would take the scenic route via winning the Europa League to ensure Champions league qualification.

“I don’t know if Mourinho will prioritise the Europa League. All I can say is that he’s been trying to win every cup. We’re still involved in every competition. We’re already in the final of the league cup,” he argued.

Mou’s first shot at MU success
United will get a first shot at tasting domestic success under Mourinho against a youthful  Southampton in the English League Cup final, and Irwin spoke highly of the port club. “The manager (Claude Puel) has done very well at the club. I was surprised that they beat Liverpool in the semifinals. They’re a solid outfit. It will be a tough game, but one we will be favourites for.”

Irwin, who was hailed by Sir Alex Ferguson as one of his best-ever signings, expressed satisfaction at the development of United’s own youth products. “Youth will always play a role. It’s a part and parcel of the football club. What probably won’t happen is getting the same number of players coming through at the same time like the Class of ’92. If you look at our record, we’ve got by far the best record of getting youth products through. We pride ourselves on it.”

On a closing note, the former left-back hoped that the world’s most watched league would benefit English coaches. “Hopefully, English coaches will get a chance. You’d always want club owners to take a chance on British coaches. However, the likes of Klopp, Conte and Guardiola can only improve the quality of coaching in the league.”