The 17-year-old's release clause will also be bumped up to 400 million euros. 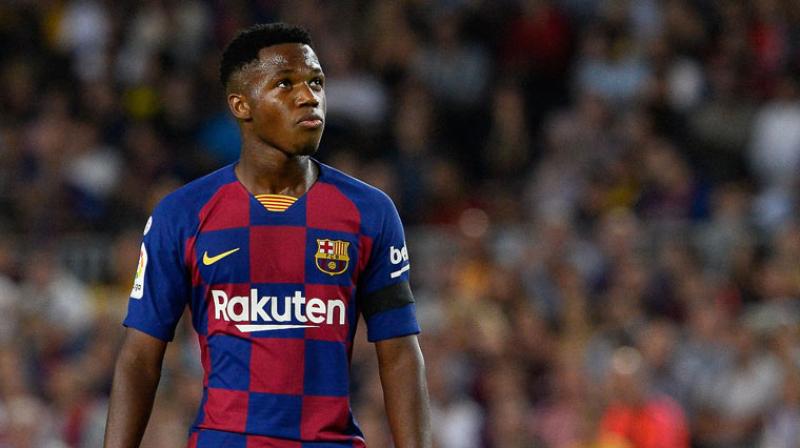 The 17-year-old's release clause will also be bumped up to 400 million euros -- almost double the world-record 222 million euros Paris Saint-Germain paid Barcelona for Neymar -- when he signs a professional contract with the first team.

"FC Barcelona and the player Ansu Fati have agreed on an improved contract until June 30, 2022, with two years optional, and on his release clause, which moves from 100 to 170 million euros," Barca said in a statement.

Fati became the second youngest player to feature for Barcelona in August aged 16 and 298 days, before becoming their youngest ever goalscorer against Osasuna.

He has since decided to play internationally for Spain instead of his country of birth, Guinea-Bissau, and has won two under-21 caps.