The Catalans last won the European competition in 2015. 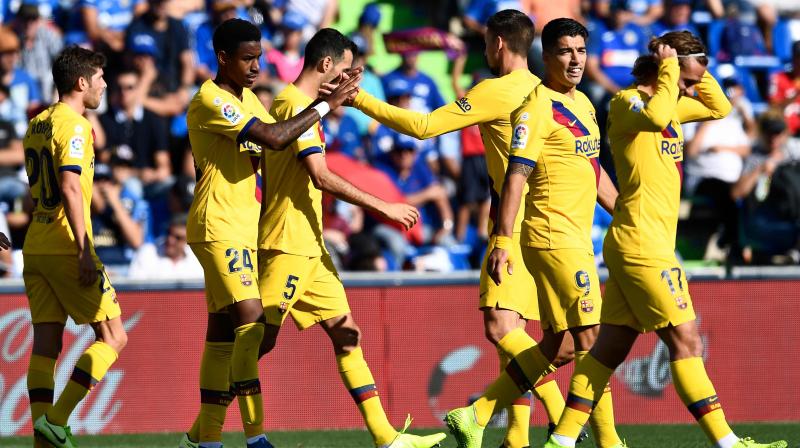 Barcelona defender Nelson Semedo says the team must improve if they are to win the Champions League following their disappointing defeat by Levante in La Liga at the weekend. (Photo: AFP)

Barcelona: Barcelona defender Nelson Semedo says the team must improve if they are to win the Champions League following their disappointing defeat by Levante in La Liga at the weekend.

The Catalans last won the European competition in 2015. Since then they have been eliminated at the quarter-final stage three times and were denied a place in the final last season by eventual champions Liverpool.

The team has been criticised by Spanish media after their shock 3-1 loss at Levante on Saturday, despite staying top of La Liga.

Barcelona host Slavia Prague on Tuesday in the Champions League in Group F, which they top by three points from Inter Milan and Borussia Dortmund on four each.

“We have to improve a lot, a lot, but don’t forget we have a draw and two wins and in general we had seven wins in a row, but of course we have to improve,” Semedo told a news conference on Monday.

“We have to take advantage of the Slavia game to correct errors and offer a response. It’s an important game tomorrow. If we win, we take a step forward in the Champions League and I think we’re going to see a reaction (from the defeat).”

“It’s clear that when you lose you’re under more pressure, we know what it means to lose at this club,” Valverde said.

“A lot of fuss is always generated and I think that for us that’s good because it obliges you to react.

“We always feel obligated (to perform) because they even generate fuss when you win and you haven’t had a great game. We usually react well and I expect the same tomorrow.”