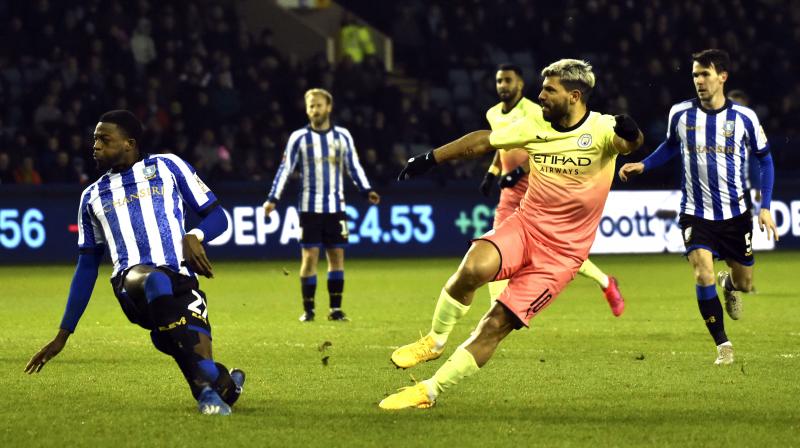 London: Manchester City won a 20th consecutive domestic cup tie to move into the quarter-finals of the FA Cup with a 1-0 win at Sheffield Wednesday as Tottenham crashed out on penalties to Norwich on Wednesday.

Sergio Aguero scored the only goal for the holders eight minutes into the second half as Wednesday goalkeeper Joe Wildsmith failed to get a strong enough hand to the Argentine's low strike.

A solitary goal was scant reward for the dominance of Pep Guardiola's men as the Catalan was rewarded for naming a strong line-up against the Championship side.

Riyad Mahrez and Gabriel Jesus missed glorious first half chances, while Nicolas Otamendi and Benjamin Mendy hit the woodwork before Aguero finally made the breakthrough. City will travel to Newcastle in the quarter-finals.

Jan Vertonghen headed Tottenham into an early lead, but Mourinho's decision to hand 36-year-old goalkeeper Michel Vorm his first appearance of the season backfired as the Dutchman spilled a long-range effort from Kenny McLean and Josip Drmic bundled home the rebound to level.

Leicester also booked their place in the last eight with a much-needed 1-0 win over Birmingham thanks to Ricardo Pereira's late header. The Foxes have won just one of their last seven Premier League games to stall their charge towards the Champions League next season.

Sheffield United will host Arsenal in the other quarter-final tie.