Mumbai City need to find a way to get past high-flying Gaurs in two-leg semi-final to play their maiden ISL final in front of home crowd. 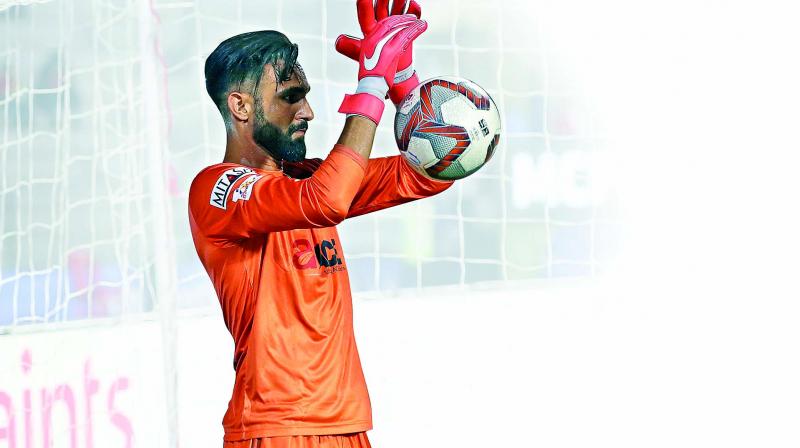 Mumbai City have been in the semi-finals before in the season 3 under Costa Rican coach Alexandre Guimaraes. They finished top of the league but couldn’t prevail over eventual champions ATK in the two-legged semi-final. Guimaraes though was retained but he couldn’t replicate same success in ISL-4.

However, despite ordinary start this season, new Portugese coach Jorge Costa has delivered for the Ranbir Kapoor co-owned side by taking Islanders through to the play-off stages. Mumbai showed character to bounce back from 5-0 loss to Goa FC to go on nine match unbeaten streak. However, it was Goa again who snapped their unbeaten streak with 2-0 win at Mumbai Football Arena.

The two sides meet at Mumbai Football Arena again in the first leg of semi-final on Saturday before moving to Goa on March 12 for the second leg semi-final. The final is slated at Mumbai Football Arena on March 17 and the hosts will be keen to play the summit clash in front of their home crowd. In case NorthEast and Mumbai reach the final , it will add more bollywood touch with owners John Abraham and Kapoor to egg the crowd.

Mumbai showed menacing form in the mid season, however they couldn’t finish on a high losing four out of their last six games after the month long international break. It included 2-1 loss to FC Pune City on Saturday in the Maharashtra Derby.

However the losses didn’t had much impact and they will be keen to learn from their mistakes. In the end, 30 points in 18 games were enough to go through not much behind table toppers Bengaluru (34) and FC Goa (34). The qualification has ensured Costa will remain with Mumbai City for the second season like Guimaraes in the past.

“I will stay in Mumbai next year”, Costa told reporters at the post match press conference after loss to FC Pune City.

Now the preparations for semi-finals have already started and Costa will be busy to work out a plan to stop Goa who have been ruthless in their attacks. The Gaurs have scored 36 goals, the most by any team. Spanish striker Ferran Corominas is the league’s top scorer with 15 goals. He has won golden boot already last season.

Mumbai City defence led by goalkeeper Amrinder Singh and Romanian defender Lucian Goain has to remain vigilant throughout the game. Goain became the first Islander in last game to rack up 50 appearances for the club.

FC Goa has beaten Mumbai twice in the league and what is worse for Mumbai, they have conceded seven goals and haven’t been able to find the net against the Goan side. The Sergio Lobera coached side have conceded the second least amount of goals (20) behind NorthEast United and have managed as many as eight clean sheets.

Much will depend on Mumbai City striker Modou Sogou who has already two hat-tricks in the tournament with total 12 goals. The Senegalese forward will need support from play-maker Arnold Issoko and midfielder Paulo Machado and forward Rafael Bastos.