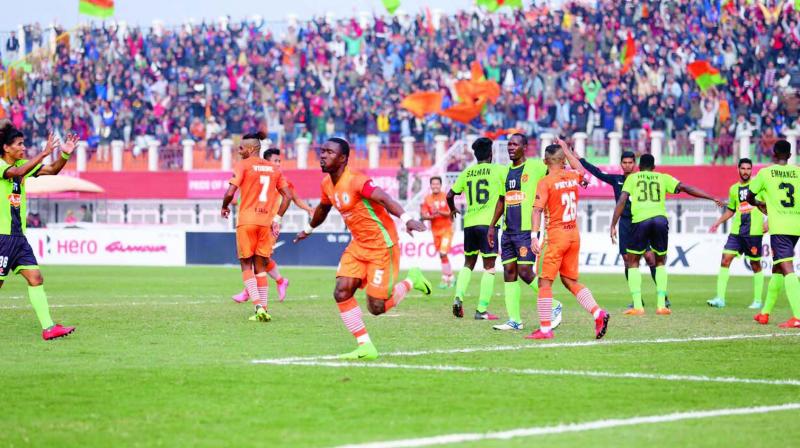 The win propelled Neroca to 27 points from seven matches, one ahead of Minerva Punjab FC who have two matches in hand. Gokulam remained rooted to the bottom with 10 points from 12 outings.

Neroca opened the goal mouth on multiple occasions within the first 25 minutes. But failed to score.

Kiatamba broke the deadlock in the 44th minute from Nedo Turkovic’s pass. The defender took advantage of a fumble from Gokulam goalkeeper Bilal Khan to score.

Neroca will next host North-eastern rivals Aizawl FC on February 10 whereas the Kerala outfit will travel to Kolkata to face Mohun Bagan two days later.

The hosts squandered half a dozen chances till the veteran striker scored in the third minute of added time to claim their first win after four matches. East Bengal (23 points, 13 matches) jumped to third ahead of Mohun Bagan (20, 12 games).