With 11 points from six games, the Manipur side are third in the standings. 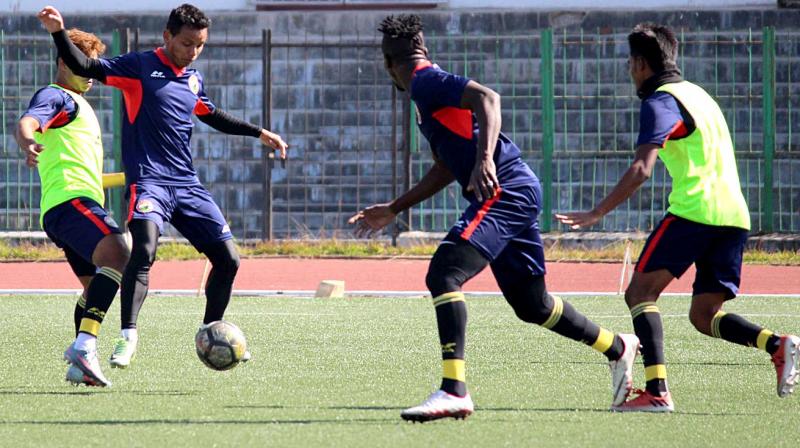 New Delhi: Neroca FC will aim to stretch their unbeaten run in the I-League to six matches when they host Indian Arrows in their third home game in Imphal on Friday.

With 11 points from six games, the Manipur side are third in the standings. A win on Friday will move them to second behind leaders East Bengal (17 points) with a game in hand.

Neroca began their campaign with a defeat to Minerva Punjab FC but have since turned a corner to pull together five decent results, managing to hold Kolkata giants Mohun Bagan and East Bengal.

Lajong face Chennai
After a shock 0-3 defeat to the Arrows in their last match, hosts Shillong Lajong FC will be eyeing a win against Chennai City FC in Friday’s second match.

“We are heading into the match with the hope of winning another three points. We can understand that the task will not be easy but we have all worked very hard for this,” Shillong Lajong coach Bobby Nongbet said.

Chennai are high on confidence after beating Bagan 2-1 in Kolkata. “Winning against Bagan was a big achievement for us but none of that will matter if we lose to Lajong in tomorrow’s game,” said Chennai coach V. Soundararajan.