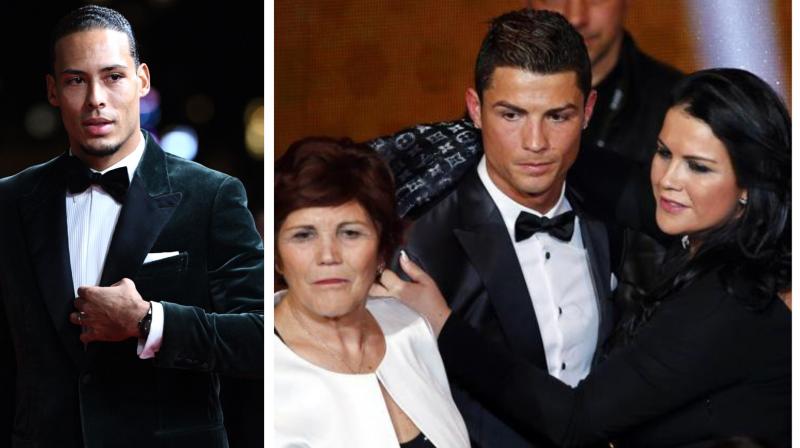 Cristiano Ronaldo’s sister, Katia Aveiro failed to see the funny side after Liverpool defender Virgil van Dijk joked that the Portuguese forward was “not really a rival” in the Ballon D’Or award voting. (Photo:Twitter/AFP)

MILAN: Cristiano Ronaldo’s sister, Katia Aveiro failed to see the funny side after Liverpool defender Virgil van Dijk joked that the Portuguese forward was “not really a rival” in the Ballon D’Or award voting.

Dutchman Van Dijk finished second behind Lionel Messi in Monday’s ceremony in Paris — the latest in a plethora of football awards — with Ronaldo third.

Ronaldo was absent from the presentation for the prize he has won five times, preferring to go to Milan where he was voted Serie A’s Player of the Year.

Asked by a Dutch reporter about Ronaldo’s absence, Van Dijk replied: “Why, was he a candidate?”, provoking an Instagram tirade from Ronaldo’s sister, Katia Aveiro.

“Dear Virgil, from where you are now, Ronaldo has come and gone one thousand times,” she said.

“Cristiano was three-times league champion in that country where you have played for years and still haven’t put your hands on ‘the tin’,” she said, referring to her brother’s Premier League titles with Manchester United.

After listing more Ronaldo achievements with Real Madrid, she said: “Now, Virgil, go and win some of those titles that really matter and we will talk again. When you have a hand full of them, maybe you can sit at the same table as Cristiano.”