Sports   Football  04 May 2019  Klopp believes Liverpool will keep the Barcelona defeat out of their mind
Sports, Football

Liverpool trail leaders Manchester City by a point heading into the final two games of the Premier League season. 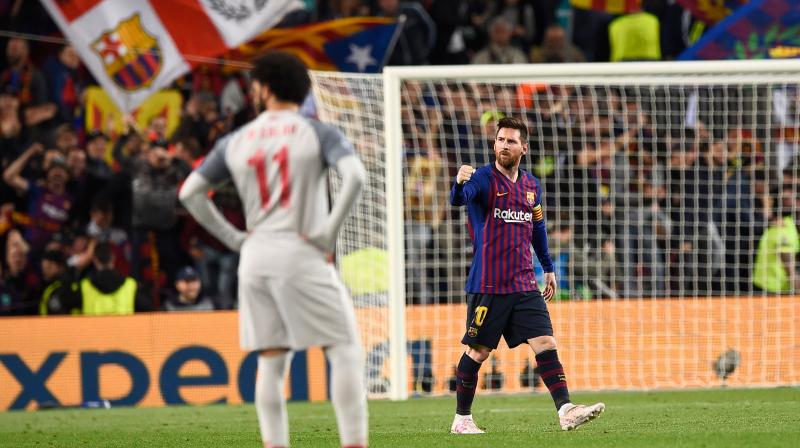 Klopp will be without midfielder Naby Keita who has been ruled out for two months after suffering an adductor injury at the Nou Camp. (Photo: AFP)

Liverpool manager Juergen Klopp believes his team can put their 3-0 Champions League defeat to Barcelona out of mind and focus on winning Saturday’s crucial Premier League trip to Newcastle.

Liverpool trail leaders Manchester City by a point heading into the final two games of the Premier League season and the German said there was no need for him to boost his players’ morale after the loss in Spain, in the semi-final, first leg.

“We didn’t need to pick players up in Barcelona and give them a hug. It’s in us. If you want to win in football you have to accept that you can lose. I had more positive thoughts about the game than negative because of what we did on the pitch,” said Klopp, who is also not worried about fatigue.

“The boys are completely on fire. When you’re in the race, you don’t get tired. We are ambitious like hell. All we can do is beat Newcastle and that’s unbelievably difficult, what other teams do on Monday night isn’t our problem,” he said, referring to Manchester City’s home game with Leicester City.

“The performances in recent weeks have been brilliant. Now we need to carry on like this,” he added.

Klopp will be without midfielder Naby Keita who has been ruled out for two months after suffering an adductor injury at the Nou Camp.

Midfielder Alex Oxlade-Chamberlain is back in full training after returning from a year-long injury absence, as a substitute in the 5-0 win over Huddersfield last week.

Klopp, however, refused to be drawn on whether Oxlade-Chamberlain would start at St James’ Park.

“We will see. For sure he will be in the squad and we will decide who starts.” he said.

The German was asked about the possibility of a title playoff game, which would only occur if the Liverpool and Manchester City ended the season level on points, goal difference and goals scored.

“Wow, I didn’t think about that to be honest. It would be cool but I don’t think it’s too likely,” he said.

“When would it be? Between the last game and FA Cup or after that? It would fit with the season, a big showdown at high noon somewhere,” he said.

Liverpool’s second leg with Barca is at Anfield on Tuesday and they complete their domestic campaign at home to Wolverhampton Wanderers on May 12.