Enrique Esqueda's goal was enough for East Bengal to pick up three points. 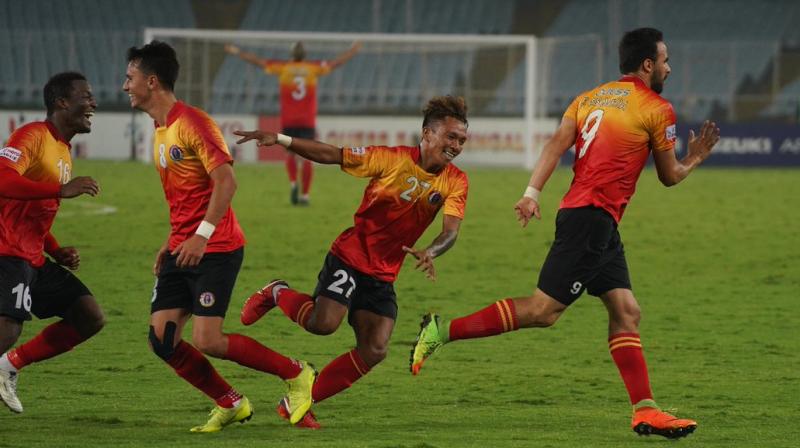 The first half of the match went goalless. (Photo: File)

Gurugram: East Bengal was able to secure a hard-fought 1-0 victory over Miverva Punjab on Sunday at Tau Devi Lal stadium to keep their title hopes alive this season.

The first half of the match went goalless, but it was Enrique Esqueda who was able to score the only goal of the match for East Bengal in the 75th minute to give them much needed three points.

Alejandro Menendez, manager of East Bengal made two changes for the match as he brought in Salam Ranjan Singh and Toni Dovale in place of suspended Borja Gomez and Brandon Vanlalremdika.

Sachin Badhade, coach of Minerva Punjab made three changes to his side from the previous clash against NEROCA. Arashpreet Singh returned to the side whereas Sreyas V.G. and Moinuddin Khan replaced Makan Chothe and Prabjot Singh respectively.

East Bengal started the match on an aggressive note as they kept on piling the pressure on Minerva with constant attacks putting them in a defensive state of mine throughout the first half.

Minerva Punjab could have scored in the first half but Juan Quero slipped past Lalram Chullova before taking aim at goal.

In the end, Enrique Esqueda's goal was enough for East Bengal to pick up three points in this clash.

East Bengal will play Gokulam Kerela next on March 9 whereas Minerva will play against Chennai City on the same date.