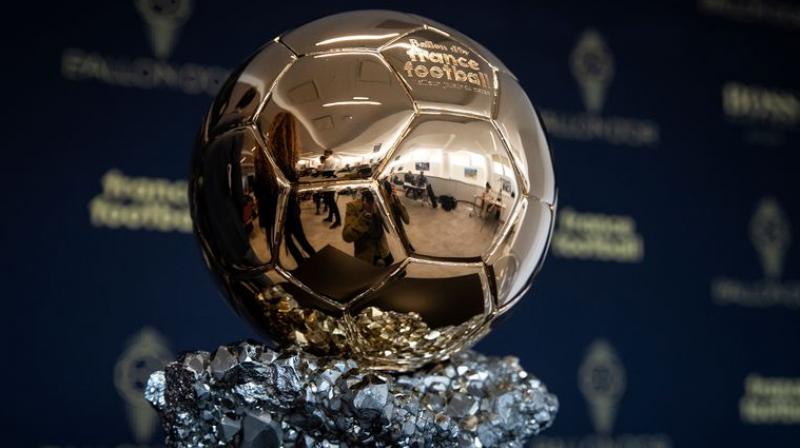 Virgil van Dijk said that seeing four Liverpool players finish in the top 10 in the ranking for this year's Ballon d'Or can be an extra source of motivation for the Anfield club in their quest for more on-field success this season. (Photo:AFP)

Paris: Virgil van Dijk said that seeing four Liverpool players finish in the top 10 in the ranking for this year's Ballon d'Or can be an extra source of motivation for the Anfield club in their quest for more on-field success this season.

"Obviously the season we had was outstanding. We had even more players than that on the total shortlist so everyone can be proud of the achievement," said Van Dijk after coming second behind Lionel Messi at the awards ceremony in Paris on Monday.

Sadio Mane finished fourth, Mohamed Salah was fifth, and goalkeeper Alisson Becker came seventh in the voting by journalists from around the world for the prize organised by France Football magazine.

Roberto Firmino, Trent Alexander-Arnold and Georginio Wijanldum had also been nominated after starring as Jurgen Klopp's side won the Champions League last season.

In addition, Alisson won the new Yashin Trophy awarded to the best goalkeeper of the year.

"I think we could have even have had a couple more players in it, but we had a fantastic season last year and it should help motivate us to keep doing what we are doing, working even harder and try to achieve even more than we did last year," added Van Dijk.

Liverpool are eight points clear at the top of the Premier League, raising expectations that they will finally go on to win a first league title in three decades.

Netherlands defender Van Dijk, 28, has been an inspired signing by Liverpool, and his second place in the Ballon d'Or voting comes after he also finished second to Messi in the voting for FIFA's The Best prize in September.

He had been hoping to become the first defender to win the Ballon d'Or since Fabio Cannavaro in 2006.

"To be absolutely honest I never thought I would be up for a Ballon d'Or until I was actually nominated," said the former Celtic and Southampton player.

"It says a lot about how my career has been. It has never been easy. My career is just different than the winner here.

"I came late but I never gave up on my dreams. I had to work very hard every step of the way. Where I am right now is just something I am very proud of."