The Brazil international was a key figure in Liverpool's run during the 2018-19 campaign. 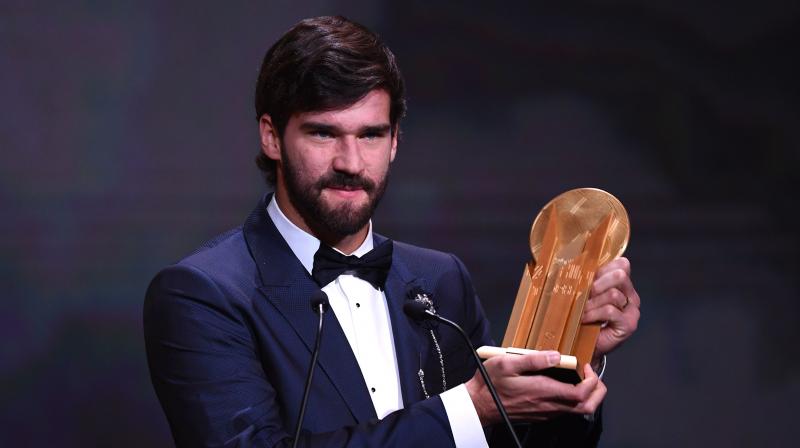 Earlier this year, Allison Becker was named as the Champions League Goalkeeper of the Season and Best FIFA Men's Goalkeeper. (Photo: AFP)

The Brazil international was a key figure in Liverpool's run during the 2018-19 campaign. The team finished runners-up in the Premier League and won the Champions League.

"It is a great honour to be here with those great players, men and women. I just want to thank my family, my wife, who support me everywhere I go. To my parents, they are in Brazil - I think watching me! And to God. It is a great honour he is giving me in 2019, winning the Champions League and winning some individual awards," Liverpool's official website quoted Becker as saying.

"I don't feel lucky, I feel blessed and grateful. I also want to say thank you to my teammates, to all the Liverpool staff. Thank you very much," he added.

The Yashin Trophy is named after Lev Yashin, the only goalkeeper ever to have to win the Ballon d'Or.

Earlier this year, Becker was named as the Champions League Goalkeeper of the Season and Best FIFA Men's Goalkeeper.

Argentine striker Lionel Messi was awarded his sixth Ballon D'Or and as a result, he went past Portugal's Cristiano Ronaldo.

Ronaldo has won the award five times. He last won it in 2017.

Becker finished at the seventh spot in the overall Ballon d'Or ranking.