Mumbai, on the other hand, will be high on confidence after their 2-0 win over Delhi Dynamos. 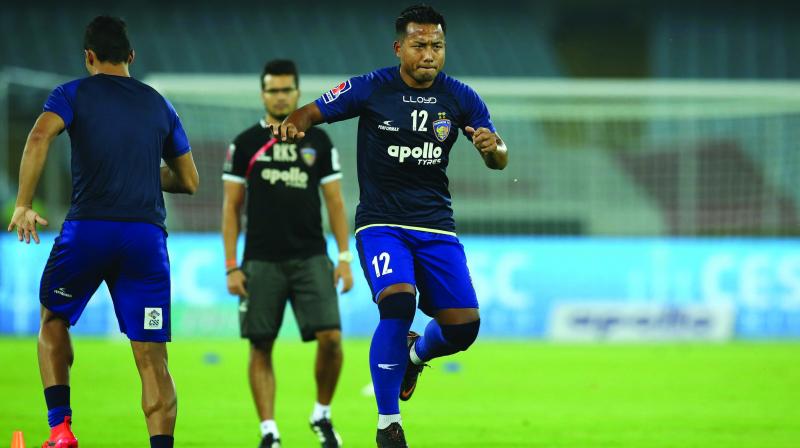 Chennai: It couldn’t possibly get much worse for Chennaiyin FC. The defending Indian Super League champions have lost four and drawn one in their five matches this season. If Chennaiyin were to keep their hopes alive of making it to the playoffs, it should start this Saturday when they take on Mumbai City FC at the Nehru Stadium here.

When Chennaiyin won the title last year, defence was their strongest point. Neither their forward nor their defensive line has clicked this season. Brazilian centre-back, Mailson Alves, who was instrumental in Chennaiyin’s marauding march towards title last season, has been warming the bench even though he is the captain on paper.

The home team have made a string of changes since their opener against Bengaluru FC, the most notable being Palestinian Carlos Salom replacing stalwart Jeje Lapekhlua. Salom has scored just one goal, but has been a livewire upfront, creating chances at will.

Chennaiyin assistant coach Syed Sabir Pasha said the captain was ready to sit out for the team’s sake. “Mailson had to sacrifice his position. He is good; he is strong but we believe such things (changes) will win you matches. Even Jeje is a good player but it all depends on who John Gregory (Chennaiyin coach) wants to field on match days,” he added.

Salom’s entry has forced quite a few changes. As the league allows only five foreigners to represent a team on the field, Dutchman Gregory Nelson finds himself on the bench invariably. Spaniard Inigo Calderon has been forced out of his comfort zone to play as a centre-back. Francisco Fernandes has moved from the mid-field to right-back.

The changes, however, helped Chennaiyin fire more shots on target in the last two matches against ATK and Delhi Dynamos. It would be important for Gregory to keep his team’s energy level up.

Mumbai, on the other hand, will be high on confidence after their 2-0 win over Delhi Dynamos.

Mumbai City coach Jorge Costa said he was eager to beat Chennaiyin. “We respect Chennai and they have a very good coach. We will try to do our best to go back home with three points,” he added.