Rohit Sharma's Test exclusion against the Windies was a very hot topic of debate among cricketing enthusiasts. 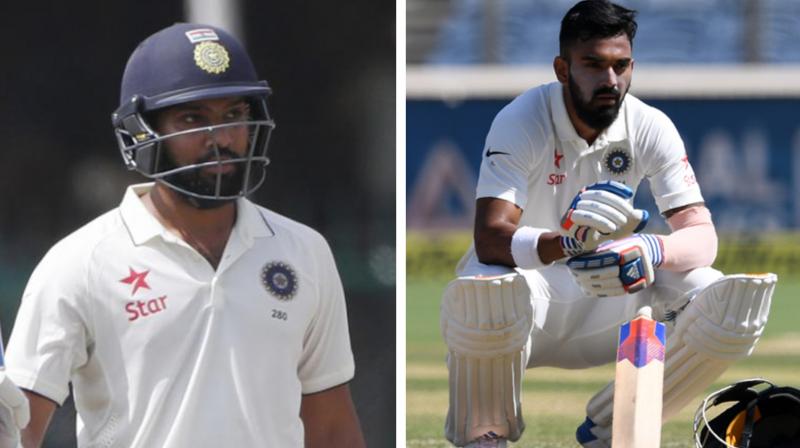 Mumbai: Rohit Sharma, who made his Test debut against West Indies in 2013, was overlooked for the recently concluded two-match Test series against West Indies. This exclusion was a very hot topic of debate among cricketing enthusiasts.

Sharma’s Test record at home is marvellous, having scored 769 runs in just nine matches which included three centuries at a stupendous average of 85.44. But, it is his overseas statistics which keeps him down. He has an average of just 26.72 and has scored only 816 runs in 18 Tests.

His recent exclusion from the Test team against West Indies seems to have struck Rohit Sharma’s bad nerve. Even his fans on Twitter didn’t like and criticised the team’s preference of KL Rahul over Rohit Sharma. Several posts comparing both of them started to appear on social media.

One particular post which compared Rahul’s and Rohit’s Test average and stated that the former is the most overrated batsmen in Test cricket and referred to him, albeit sarcastically, as Don Bradman. Rohit Sharma liked that post on Instagram and sent everyone on social media in a rage. 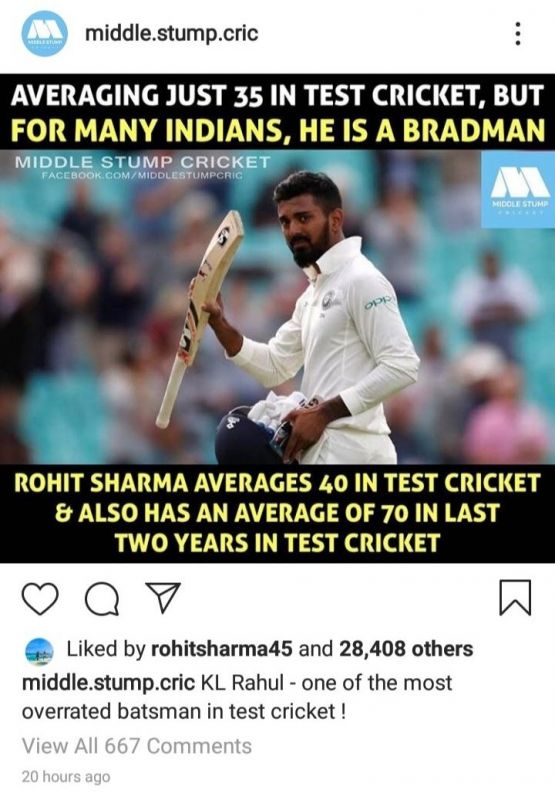 Okay this is unprofessional no doubt from Rohit's side but doesn't this also highlight different kind of treatment meted out to different players?
KL Rahul averages just 22.8 runs as a test opener since the start of 2018 but still somehow manages to hold on his place every time. pic.twitter.com/Az16DDcEZo

Once about Anushka and now about KL, this is guy is most insecure crcktr ever, one can't be this much insecure about someone who is in same profession as him, really shame on you rohit, u have lost all respect i used to have on u, now we know who is the reason for so called rifts pic.twitter.com/PdKLfCIdeK

Insecurity of highest degree
Players aren’t spared
Player wife isn’t spared
Still he is spared even without questioning about it 🤦‍♂️
And u ask kohli about rift ? Now u should now where the problem lies actually pic.twitter.com/dlFU1YHREM

Even if Rahul is dropped from the team there's Prithivi Shaw, Easwaran & Panchal in line.