Inter said that as part of the deal it had also extended Icadi’s contract by two years until 2022. 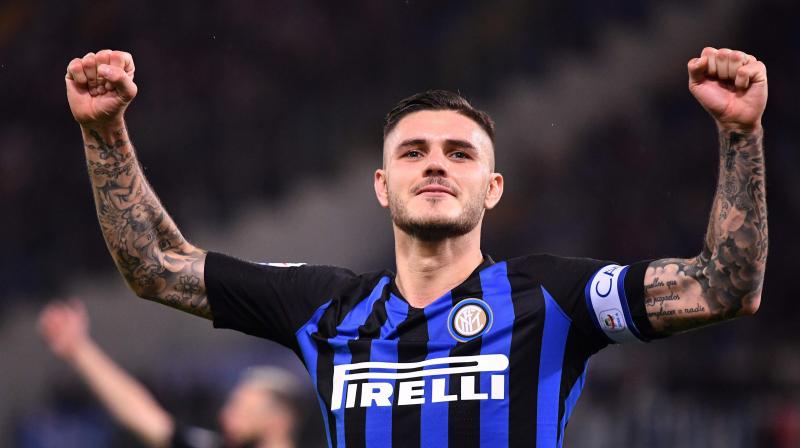 In February, he was stripped of the captaincy after becoming embroiled in protracted negotiations over a new contract. (Photo: AFP)

Milan: Inter Milan forward Mauro Icardi, their leading scorer in each of the last five seasons and former captain, has joined Paris St Germain on a year-long loan, the Serie A side said on Monday.

The move will interrupt a turbulent six-year spell at Inter for the Argentine, who has fallen out with fans along on the way and provided fodder for gossip columns thanks to his marriage to Wanda Nara, a media personality who also acts as his agent.

Inter said that as part of the deal it had also extended Icadi’s contract by two years until 2022. The move was to avoid the possibility of him leaving as a free agent next year.

“The Argentine forward has signed for the French club on an initial year-long loan with the option to make the deal permanent at the end of this period,” said an Inter statement.

Earlier, Gazzetta Dello Sport published a photograph of Icardi and Nara at Malpensa airport, saying they would board a private jet for Paris to finalise the deal.

The 26-year-old, an out-and-out centre forward who is deadly in the penalty area but whose contribution elsewhere on the pitch has been questioned, has scored 124 goals in 219 appearances in all competitions during six years at Inter.

Despite his scoring exploits, Icardi fell out with the club’s hard-core fans over his account of an argument with supporters in his autobiography in 2016.

Curva Nord ultras responded that “Icardi is not our captain, not now or ever” and applauded when he missed a penalty in one of Inter’s next games.

In February, he was stripped of the captaincy after becoming embroiled in protracted negotiations over a new contract. He then said he could not play because of a knee injury, although the club said a medical examination had found nothing wrong.

He returned to the side in April after talks between his lawyer and the club, although Luciano Spalletti, the Inter coach at the time, said it had been “humiliating” for Inter to have to negotiate with a player to get him to play.

Spalletti left the club at the end of last season and was replaced by Antonio Conte, who said that Icardi did not figure in his plans for the future.