As a part of the agreement, the club will have an option to retain the prolific forward for one more year at the end of the coming season. 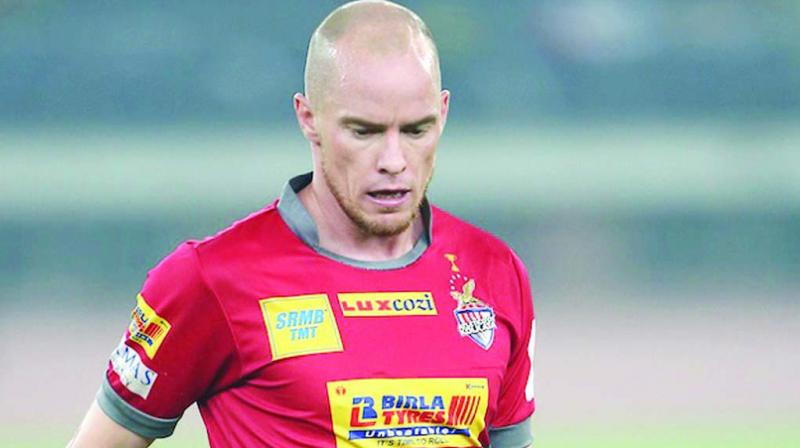 Canadian striker Iain Hume will play for FC Pune City in the coming season of Indian Super League. The Rajesh Wadhawan Group and Bollywood star Arjun Kapoor co-owned club signed the 34-year-old for the 2018-19 season. As a part of the agreement, the club will have an option to retain the prolific forward for one more year at the end of the coming season.

Hume, who is the highest goal scorer in the history of ISL, has plied his trade with Kerala Blasters FC and ATK scoring 28 goals in four seasons. Besides his 59 appearances till date is the highest number of games played by any player in ISL.

In February, Hume suffered a knee injury that ruled him out of action for the rest of ISL-4 season. Thereafter he has undergone a surgery on his right knee and has been doing his rehabilitation in India and the UK.

"Iain Hume got injured during last season and he has now undergone almost 6 months of rehabilitation post his surgery. He will continue his rehab under the supervision of our medical team and train with the team during preseason. If everything goes as planned, we estimate him to be back in 12- 14 weeks’ time. Iain is a highly motivated athlete and we are sure that he will get back to his previous best and play an important role for us this season," FC Pune City CEO Gaurav Modwel said,

After signing the dotted lines for FC Pune City, Hume said, “It wasn’t a very tough decision to make, to return to the ISL and join FC Pune City if I’m honest. From the other side, I’ve always admired the top-class facilities at the training ground and the stadium and the way the club is professionally run. I’ve had long chats with the club and it’s medical team, and I’m sure together we can make my recovery as quick as possible.”