Many fans had thrown their homes open for traveling fans for the Intercontinental Cup and Chhetri called the movement brilliant. 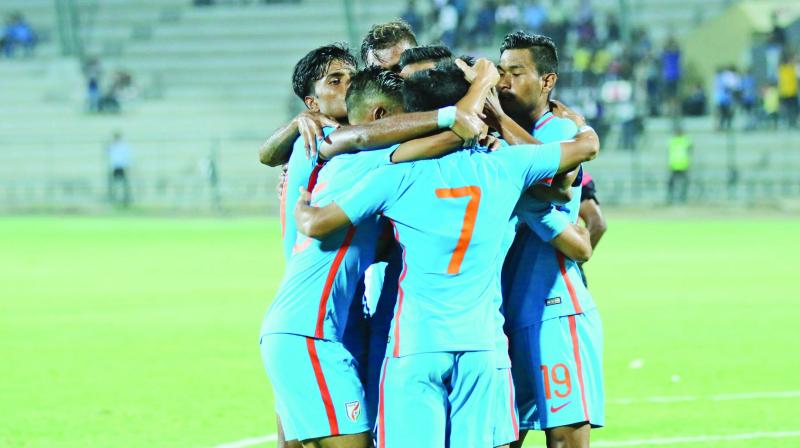 There weren’t many fans at the Mumbai Football Arena on Friday to witness a spectacle from India led by Sunil Chhetri’s hat-trick against Chinese Taipei in the opening football match of Intercontinental Cup. But there were a few lucky ones including the Blue Pilgrims who are now becoming a regular in Indian football.

The Blue Pilgrims — a dedicated fan base — more than made up for the poor turn out by being vocal in support throughout the match. They acted as the 12th man and didn’t go into hibernation even for a moment during the course of the match as India dominated over young Chinese Taipei.  In the end, India won it easily 5-0.

The city-based fans from the Blue Pilgrims opened their homes to all the fellow Indian football fans who travelled for the Intercontinental Cup which is taking place in Mumbai from June 1-10. The campaign gathered momentum on social media and was endorsed by Chhetri.

“I saw it on the internet. It is absolutely brilliant. Some of them messaged me, I don’t know how they got my number. I have played for India for long, but I have never seen such dedicated group of fans. To have around 300 travelling fans is an unbeleivable feeling. It encourages me whether I am playing in Bengaluru or Mumbai,” he said.

Chhetri was impressed with the way the fan movement is gaining pace in India. he praised the fans, most of whom are students. 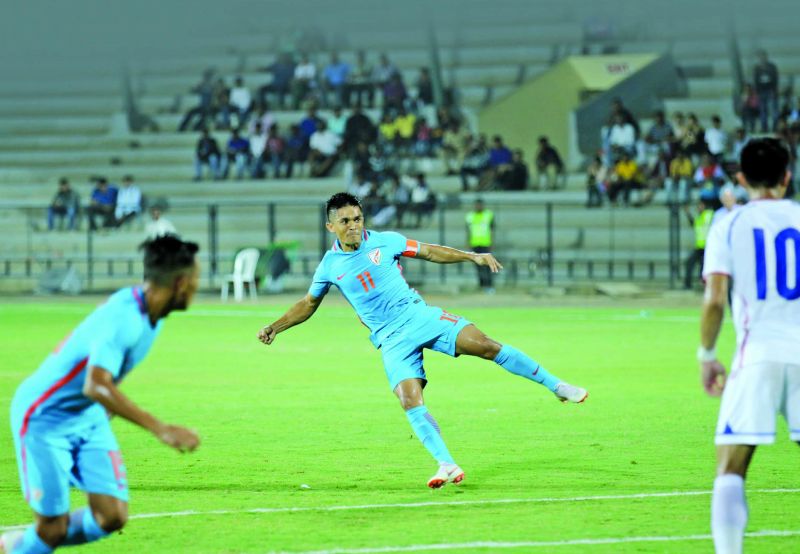 “It is amazing how they arrange these things as most of them are college going students. They not only take time out, but also arrange money for such campaigns. I am sure it isn’t easy for them,” he said. Chhetri paid back fan’s faith by scoring a hat-trick and bringing in joy to fans.

The Blue Pilgrims, started by Bengaluru FC fans (West Block Blues) before the Fifa U17 World Cup, aims to support the Men in Blue in every age group football matches.

On Friday they marched around the stadium three hours before kick off and were behind the team right from training sessions to the final whistle. The Indian team acknowledged their support later by going near to their stand, raising their hands and clapping for them.

The Blue Pilgrims dream is India qualifies for Fifa World Cup and wins it some day. For now, they are behind the side in Intercontinental Cup and arranging another campaign to travel to UAE in January to support India in the AFC Asian Cup. India has qualified for the top Asian event conducted once in four years after missing out the previous edition.

“Seeing Sunil Chhetri at AFC Asian Cup draw gives goosebumps, imagine going to UAE to support the Indian Football team with travelling BluePilgrims? It’s not the World Cup, but this feeling is giving us a glimpse into how it’s going to be when we actually qualify for teh World Cup,” Waseem Ahmed who is one of the fans behind starting Blue Pilgrims says.