U-17 WC a big opportunity: Maymol

The former international who was took charge as senior India coach in 2017 feels the World Cup is an opportunity for youngsters. 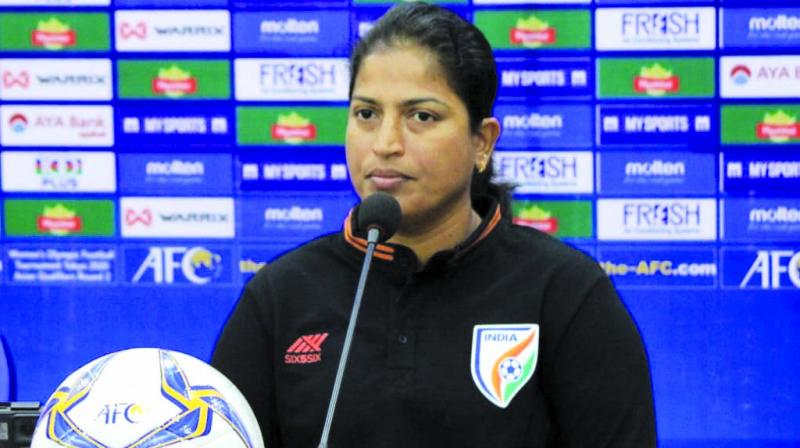 Bengaluru: It is a matter of great pride for football in India as the country has been announced as the host nation for the FIFA U-17 Women’s World Cup in 2020.

An official FIFA statement released on March 15, 2019, confirmed India as the host country where defending champions Spain will look to retain their title.

India will be participating in the FIFA U-17 WWC for the first time in the history of the competition via automatic qualification as they are the host nation.

Maymol Rocky, the head coach of the Indian national women’s football team said: “It is a very proud moment for the country. It is a massive opportunity for Indian football and will serve as a motivating factor for the whole country, especially the group of u-17 girls who don the shirt to represent our country.”

The former international who was took charge as senior India coach in 2017 feels the World Cup is an opportunity for youngsters.

“It’s also an opportunity for a lot of exposure. They have such a brilliant opportunity at such an early stage in their careers. It will be a vital factor in the development of both the junior and senior teams” Maymol added.

Since her appointment, as the first female head coach of the Indian women’s team, Maymol has tried to implement an aggressive and possession-based brand of football. “It’s about making the players believe that they can achieve anything. Of course, they also need to be up for it – which they very much are,” she added.

She has overseen 14 wins and 2 draws with a win percentage of 63.6. Team India bagged their fifth consecutive SAFF Championship in March.

Maymol's team came agonisingly close to qualifying for the second round of the AFC Olympic qualifiers last month but Myanmar thwarted their plans with a 3-3 draw. She however wants her team to remain fearless.

“We want to induce fear into the teams who are going to play us by reaching that level of quality and want to make it as difficult as possible for them. I don’t believe in much of a pragmatic or defensive style of football,” she added.