One of the photos even has David Beckham watching over his son’s first tattooing experience. 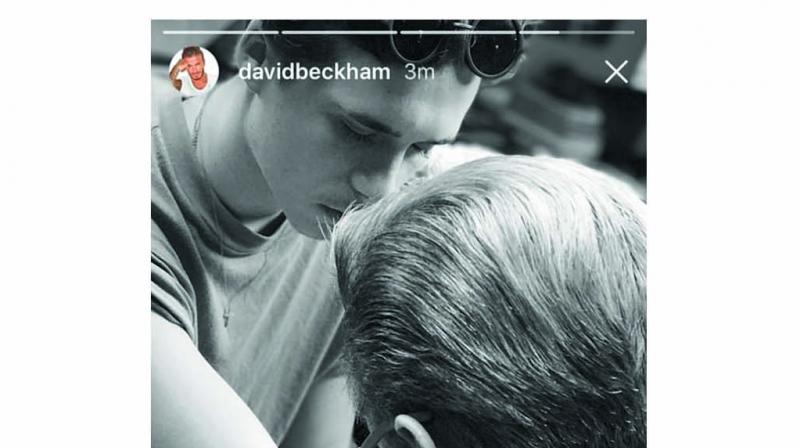 David Beckham’s love for tattoos is widely known and now, the footballer’s 18 year old son Brooklyn seems to be following his father’s footsteps.

On Sunday, the budding photographer posted a couple of black and white pictures of himself getting inked for the first time — a picture of a Native American, on his forearm. He captioned them, “Honoured to have my first tattoo done by dads friend Mark Mahoney (sic)” and “Thank you so much Mark x just like dads. (sic)”

One of the photos even has David Beckham watching over his son’s first tattooing experience.