Keen to test himself in India, Chencho joined Minerva Punjab FC and is having the last laugh. 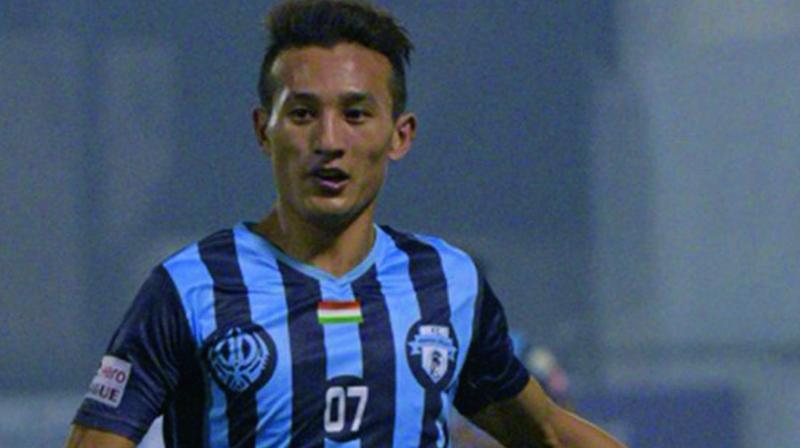 Both East Bengal and Mohun Bagan are now realising the validity of the saying, never look a gift horse in the mouth. Legendary ex-international Shyam Thapa strongly recommended the Bhutanese sniper Chencho Gyeltshen to both the Kolkata clubs at the start of the season. They spurned this offer, without even giving Chencho a fair trial based on the assumption that Bhutan’s football standards are very low.

Keen to test himself in India, Chencho joined Minerva Punjab FC and is having the last laugh. With six goals and four assists in 11 matches he could be chosen as the best player of the I-League, an honour recently bestowed on legends like Sony Norde and Sunil Chhetri.

Minerva Punjab FC’s surge to the top of the I-League has largely been due to clever recruitment of foreign players. Their Nepalese goalkeeper Kiran Kumar Limbu saved Yusa Katsumi’s penalty kick, which enabled Minerva FC draw 2-2 with East Bengal at the Barasat Stadium.

The Ludhiana-based team have achieved a unique record emulated only by Dempo in their prime of not losing their away matches to both East Bengal and Mohun Bagan. Minerva had beaten Mohun Bagan 2-1 and co-incidentally in that match also their goalkeeper Rakshat Dagar saved a penalty kick.

The Kolkata club’s inability to win home matches is leading to a season of disaster for them. When Bengaluru FC switched allegiances to the Indian Super League and holders Aizawl FC lost the services of many of their players, both East Bengal and Mohun Bagan were favoured to finish in the top two positions in the 11th Hero I-League.

But the reality is different. With seven games left, Minerva FC are now six points ahead of East Bengal with a game in hand and nine ahead of Mohun Bagan. Newcomers Neroca (Manipur), are a surprise second, two points behind, but having played two games more. Of the remaining seven games, Minerva are playing five at home and have fixtures against the three bottom-placed teams. So an unlikely title triumph is in sight.

Minerva FC’s passionate owner, Ranjit Bajaj is also having the last laugh. Last year during at a meeting he had strongly opposed the rule change that the number of foreign players be increased to six in the squad and five in the playing XI.

However both Bagan and East Bengal claimed that an extra foreigner was required to maintain the I-League’s credibility and got this rule passed.

The change in rules proved to be a blessing in disguise for Minerva FC. The two extra overseas players they recruited have been the most effective, playmaker William Opuku (Ghana) and Chencho.

Bajaj admits that if the old rule of seven Indians and only four foreigners had remained, the Kolkata clubs could have dominated the title race and Minerva Punjab’s best hope would have been to finish in the top four.

Instead, 2018 could be a boon year for the Punjab club.

They could emerge champions and their money problems are also sorted out. Appeals via Twitter led to Apollo Tyres agreeing to sponsor them.