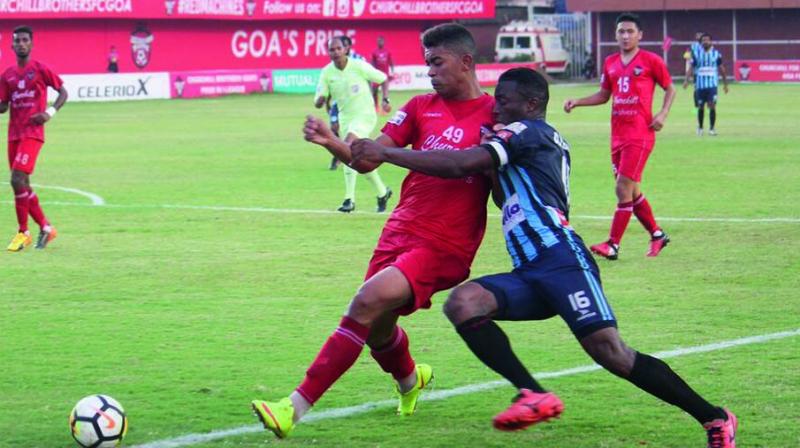 Action from the I-League match between Churchill Bothers and Minerva Punjab FC in Margao on Friday. Churchill won 2-1.

Minerva created several chances in the second half but their in-form Bhutan striker Chencho Gyeltshen wasted a penalty in the 61st.

The win took Churchill to seventh place with 13 points from 11 matches. Despite the loss, Minerva Punjab remained on top with 26 points from 12 games.

The hosts took the lead in 16th minute from a penalty after Minerva defender Sukhdev Singh pulled down Dawda Ceesay inside the box, Koffi converting the spot kick. Churchill then went 2-0 up when Vaz’s cross flew into the net.

After the break, the visitors showed a lot of urgency in their attack and Aidara netted from close range.

Shillong beat Neroca in their last match while Bagan drew 1-1 away at Aizawl. In the first leg in Kolkata, Lajong drew 1-1 with the Mariners.