Chelsea registered a 5-3 win over Red Bull Salzburg on July 31. Pulisic scored twice in the game. 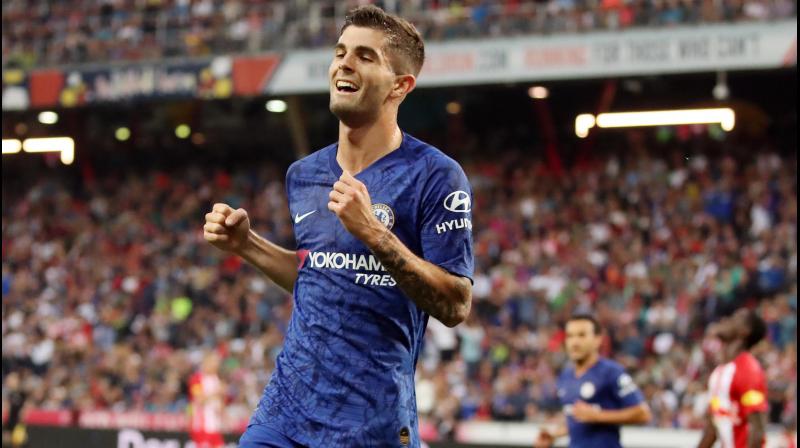 Pulisic stated that he needed to prove himself and is hoping to earn his teammates' respect. (Photo: AFP)

Leeds: Chelsea's Christian Pulisic has said it was a 'big relief' for him after he finally managed to score his first goal for the club.

"It was a big relief to score my first goals for Chelsea," Goal.com quoted Pulisic as saying.

Chelsea registered a 5-3 win over Red Bull Salzburg on July 31. Pulisic scored twice in the game.

The 20-year-old joined the club in January. Pulisic stated that he needed to prove himself and is hoping to earn his teammates' respect.

"Being a new signing and coming into the club, I felt I needed to prove myself and wanted to show the guys early on, especially my team-mates, that I can play too. Hopefully, I have done that a bit and earned their respect," he said.

Moreover, Pulisic said that he is not there to 'fill the gap' left by Eden Hazard, who departed from the club to join Real Madrid.

"I'm not trying to fill the gap left by Eden, he was an unbelievable player. I want to be my own player, to look at me like that, do the best I can for the team," Pulisic said.